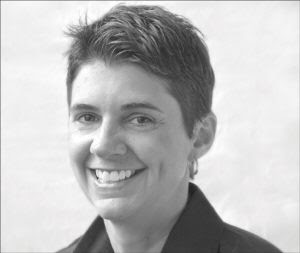 Rea Carey, the new executive director of the National Gay and Lesbian Task Force, isn't given to superstitious musings, but a telephone interview with her certainly suggested the notion that the gods are smiling on the LGBT movement.

The Task Force is playing an integral role in one key battle on the political landscape, the California referendum on gay marriage. Even before the Supreme Court in that state approved marriage equality, social conservatives had proposed an amendment to the California Constitution barring same-sex couples from marrying.

Regarding the division of our community over the ENDA issue Ms Rea had this to say;

NGLTF draws the line on "pursing legislation that leaves members of our community behind."

One community. United. Thank you NGLTF !
Posted by planetransgender at 10:06 AM

im pleased that she believes in a united community. i haven't really seen much action from NGLTF though so im skeptical of donating to them.

Hopefully she will be as outspoken as her predecessor!