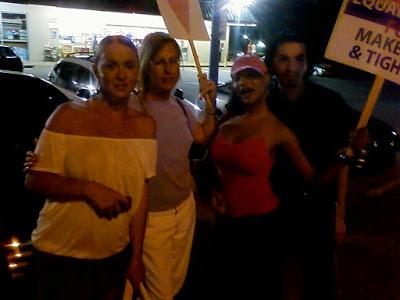 Protest at Crews Inn; a Universal response to bigotry

Protesting indignities forced on a class of people has drawn together the community of Dallas Texas on Tuesday evenings at Crews Inn.

The desire to demonstrate against oppression unites in a way no other can.
The passion and dedication being shown by people of all ethnic backgrounds and nationalities including straight allies, Gays, Lesbians, Bisexual, Transgender, Intersexed, asexual, gender diverse and those who just wandered in and stayed awhile is awe inspiring.

We all have one united belief. All people are entitled to the basic dignity that one expects to be shown. 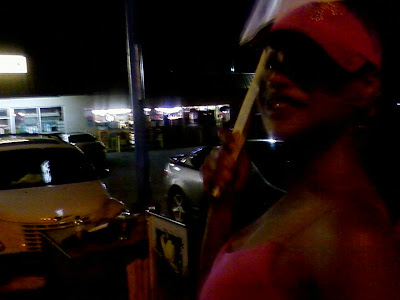 This commitment to our belief in the transgender community is most recently demonstrated by our support of the many issue which would normally be associated with Gay and Lesbian rights.

Many transgender people understand that standing up for our entire community is a basic building block for success.

What we are focused on will ultimately benefit our community, city, and country. We even have aspirations we may find a way to stem the outward flow of hate and bigotry that the United States has become known for, i.e. secret torture chambers, indefinite imprisonment without due trial, warrant-less invasions of privacy, etc, etc.

It's a small statement at this henceforth unheralded bar, on this quite street.

But then again, our voices are the ones being heard!

im glad to see the protests are going strong. let me know if there is anything i can do to help.

Thank you my friend:)

has the bar owner made any comments or acknowledged the demo's? do you think the action is working?