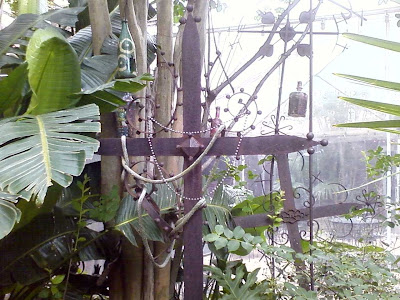 WE, a coalition of gender diverse people who identify as Transgender or Intersex people (including people who are also known as transgender, transsexual, intersex, and several other terms used to classify people based on being born with a condition where the gender of their mind, psyche, or soul differs from their anatomical sex at birth, or, their anatomical sex at birth was ambiguous) hereby ask that you do not lend religious credence to HRC's discriminatory and violence enabling agenda by attending or accepting the Elizabeth Birch award at the Dallas Black Tie 2008.

Petition asking that The Right Reverend Gene Robinson, Bishop of the Diocese of New Hampshire, not attend the Black Tie Dinner Dallas Texas on November 22, 2008.
It is he belief of the signers that the discriminatory policies of the main benefactor of the Dallas Black Tie, the HRC, propagates violence against all of Womankind, Intersexed and gender diverse to include but not inclusive of, Transgender Men, effeminate gay men, masculine presenting Woman, Natal Woman and Transgender Woman.

It has been documented that gender discrimination has placed the United States among the leaders of gender bigotry world wide. Sexual Violence is enabled by a conception of the perpetrator that the consequences of rape and murder committed against the gender diverse is minimal or non existent.

This perceived vulnerability in the United States recently was reinforce by HRC's inexplicable and morally reprehensible betrayal as the self proclaimed advocate of the of the gender diverse during the ENDA debacle of 2007.

HRC's position, which has not been amended constitutes a daily reinforcement of this horrific policy.

It begs a question in these days of failing church attendance and disconnect, what can people of faith do to help?

By your not attending you will signal loudly to HRC that policies which are beneficial solely because of monetary gains and political expediency at the expense of the most vulnerable, are not acceptable.

By your not attending you will elevate the Anglicans standing in the eyes of the GLBT community and the entire world.

By your not attending you will contribute to the fight against violence transmitted
AIDS/HIV and other STD.

By not attending the self esteem of the gender diverse will rise and the need to validate threw risky sex will decrease.

By you not attending, those who have been cast aside by their faith will be given a ray of hope.

By not attending you will signal lawmakers to take courage and follow their moral consciousness to enact laws to protect the entire Lesbian, Gay, Intersexed, Bisexual, Asexual and Transgender community.

By your not attending the Dallas Black Tie the world's diverse community will recognize your commitment and sigh in relief and bask in the glow of an affirmative, welcoming and loving Anglican Church.

Bishop Robinson, The weight of social progress now rests on your shoulders.