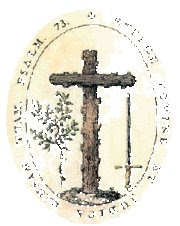 Murderers, and the very worst criminals have the privilege and permission of freely using their tongue; but, behold here a follower, of Christ, a child of trod, a servant of faith, one separated from the world, in whom dwells righteousness and , no cause of death 'is found-behold, how he is prepared for .death by,closing his mouth and screwing fast his tongue, that the truth may not be proclaimed, righteousness not heard, nor any testimony be given of the name of Christ. O Christ, look down, and succor Thy saints.


Catholic Church intentions towards transgender people have come to light in the opening paragraph from the lawyer spearheading a transphobic campaign in Gainesville Florida published by the Catholic News Agency;

"The concept of ‘gender identity’ was fashioned by radical homosexual groups and advocates to protect the bizarre sexual behavior of a few people,” Thomas More Law Center's Richard Thompson.

History of the Spanish Inquisition

Motives for instituting the Spanish Inquisition

1. To establish political and religious homogeneity.
2. To weaken local political opposition to Catholic dominance.
3. Out of fear.
4. To do away with a powerful minority.
5. Profit.

If you are Catholic and LGBT, my sympathies. You are loved and welcomed and in fact surrounded by people just like you in laity and clergy in many authentic faiths.
Please click the pic of Agape MCC a Church pictured on the right bar, for just one of millions who love you.

Click the title for the unfortunate Catholic news agency article.
Posted by planetransgender at 10:52 PM No comments: Links to this post

Please click title for link to original post and emotional video with Angie's famly.
Thanks to PageOneQ for this well writen article and keeping us up on this tragady.
Posted by planetransgender at 10:18 PM No comments: Links to this post

HRC Ponied up to the Transgender troth of sorrow for a big drink.

In the HRC "Back Story" this is found;

Joe Solmonese condemned the use of the "trans panic" defense in a statement:

The murder of Angie Zapata, just 18 years old, is a tragic
reminder of the hate and ignorance that threatens the transgender
community every day.

"As a transgender woman, I am horrified by this crime, but as human beings, we should all be outraged."

Kelli Busey, transgender woman weighs in to say this;

As humans we are OUTRAGED that a person who identifies as transgender lowers herself to levels where she speaks for HRC.

The absolute objectification and denunciation that Joe Solmonese has directed since the demise of HR2015 at transgender people is a daily reminder to dealers of death of the perception propagated by HRC that Transgender people are somehow less than Gay and Lesbians and therefore more vulnerable.

We don't need your condolence HRC. Show some respect.

Drink have a bitter after taste?

In troth, thou art able to instruct gray hairs. --Addison.