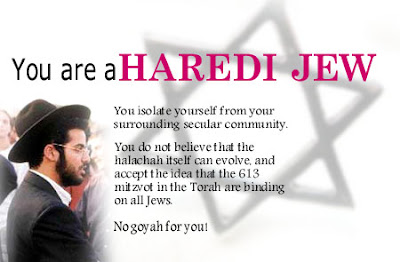 [Israel society can be very secretive and at the time of publication I have not been able to obtain a copy of the original note nor have I found the web site the original note was reported to have appeared on.]

The Tzofer author Yisrael Artzi was interviewed by Uri Blau a correspondent for the Haaretz newspaper. Yisrael Artzi said he did not know who wrote the original note that appeared on the Tzofer web site, but that he concurred with the notes content and intent.

Yisrael Artzi went on to say that homosexuals "are worse than beasts, at least a beast knows it's [homosexuality] wrong, or not natural" and that the managers of the J'lem youth center “should be forced to face a firing squad.”

In response to the murders the The Jerusalem Post reports that the J'lem gay center hired armed guard and asked retribution of 500,000 in damages from Tzofer.

This hateful note gives religious creedence to hate and is enabling to people who only need a nudge to commit violence and murder against LGBTIQ people.

By Kelli Busey/planetransgender/tags: "you talking to me?, The nut falls close to the tree"

Posted by planetransgender at 7:38 AM

Email ThisBlogThis!Share to TwitterShare to FacebookShare to Pinterest
Labels: Homicide, Homophobia, YOU Talking to me?