The Houston GLBT Political Caucus and Union Bar released the following joint statement Monday evening. Because of the resolution of this matter, the Facebook group "United Against Union Bar" will be shut down on Wednesday.

Representatives from Union Bar and Lounge met with leaders from the lesbian, gay, bisexual and transgender community Monday and reached a resolution that actions that led to the perception of discrimination were unintended.

“Due to a miscommunication between management of Union Bar and Lounge and the door staff, we acknowledge that actions by the door staff caused an unintended perception of discriminatory actions towards the gay and lesbian community. We wholeheartedly did not want or intend for this to happen. We also acknowledge that this unintended action caused hurt and bad feeling within the gay and lesbian community towards Union Bar and it staff. We also extend this apology to all of our regular gay and lesbian customers who may have been hurt by this misunderstanding.”

“We deeply appreciate Union Bar and Lounge coming to us to clear up this incident,” said Kris Banks, president of the Houston GLBT Political Caucus. “We accept Union Bar’s explanation that miscommunication was at the heart of the problem. We understand that there was no discriminatory intent, but circumstances led to a strong perception that we were excluded because of our sexual orientation.’

“Our community is sensitive to discrimination, an understandable sentiment given the unfinished nature of our civil rights movement. Discrimination still exists, and should be addressed with legislation like House Bill 2215. We were happy to hear that the owners of Union Bar and Lounge are supporters of this legislation 100%."

“We are happy for resolution and call for the GLBT community to move on and continue working for equality. We urge the community to cease negative bombardment, especially highly inappropriate harassment and threats.”

Reaceived March 16, 2009 via facebook from "United Against Union Bar" 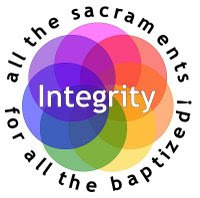 All of the sacraments for all of the baptized


Please share this video with your friends and fellow parishioners--and encourage them to support this crucial effort.

You might also consider holding a "screening party" in your home or parish. Please contact me if you would like a supply of contribution packets for your guests.

If you have already contributed, THANK YOU! If you have not yet given, please GIVE NOW by clicking here and designating your contribution for the "Anaheim Appeal." Making a secure, online donation using your debit or credit card will help us keep costs as low as possible.

If you prefer, you can donate by mailing a check--made payable to "Integrity" and with "Anaheim Appeal" in the memo line--to...
Integrity USA Anaheim Appeal
274 N Goodman St #B267
Rochester NY 14607

Thanks for helping make all the sacraments of the Episcopal Church available to all the baptized.

Posted by planetransgender at 11:30 AM No comments: Links to this post

MIDTOWN BAR REFUSES GAY PEOPLE
Gays not feeling the love after being made to wait in rain as others admitted.

Nearly 100 gay, lesbian, bisexual and transgender people were refused entry to Union Bar and Lounge in Midtown Friday while others were welcomed.
Patrons started lining up at about 9:40 p.m. and were told to wait in line and not allowed inside, even as straight-appearing people were waved through. As the line grew and patrons waited in the rain, employees at the door told those who were that they were maintaining a “ratio.” Later, the bar employees simply indicated they had the right to refuse anyone.
“I was shocked to be a victim of that kind of discrimination in a city like Houston in 2009,” said Neal Falgoust, a Houston law student. “I have never experienced anything like that before in my life.”
A patron who arrived at the bar early reported that the bar was nearly empty at about 9:40 p.m., when gay people started arriving and were stopped at the door.
Gay people continued to line up to the street and around the corner as people who appeared to be straight went to the front and were ushered in. Kris Banks, who stood at the front of the line, said the bar employees were asking the women who were entering with men if the men were accompanying them. If the men were with the women, they were allowed in.
“I arrived and heard that they were not allowing gay men in, so when I got to the door with three women I asked if we would be allowed in, and the door employee said ‘I was told to keep you out,’ ” said Lindsey Dionne. “This was supposed to be a social event, but now it’s political.”
That this kind of discrimination is still legal in Houston makes it more outrageous. A coalition of GLBT rights groups, including the Houston GLBT Political Caucus, the Houston Stonewall Young Democrats, the Harris County Impact Houston and Amicus at South Texas College of Law said Saturday that the incident is proof of the necessity of legal protections for sexual orientation and gender identity for public accommodations.
“Houston is the only major city in Texas without a law that prevents this kind of discrimination,” said Jerry Simoneaux, GLBT civil rights lawyer. “This incident is exactly the reason Houston should implement such an ordinance.”
The event was organized as Houston’s first “Guerilla Gay Bar,” a tongue-in-cheek event that has been popular in other cities in which GLBT individuals come to traditionally straight bars to interact with other communities. Though Guerilla Gay Bars are usually a surprise event in other cities, Houston organizers informed the bar owner in advance out of courtesy and were told they would be welcomed.

The Advocate "Bar Crashers Say Straight Venue Shut Them Out"