The Pope is Not Pro-Life : Two Truth Wins Out

Signaling a meaningful change from President George W. Bush's disastrous policies, the Obama administration last week endorsed a United Nations statement calling for the worldwide decriminalization of homosexuality. The primary opponents of this measure were radical Islamist countries and the Vatican, representing a new unholy alliance across the globe.
The previous day on his way to Africa, the Pope spoke to reporters about the role condoms play in the prevention of HIV. Unbelievably, the Pontiff said they make the epidemic worse.
"You can't resolve it with the distribution of condoms," the Pope told reporters aboard the Alitalia plane headed to Yaounde, Cameroon, where he began a seven-day pilgrimage on the continent. "On the contrary, it increases the problem."
Read this hard hitting editorial in full at Anything But Straight www.waynebesen.com
Posted by planetransgender at 6:57 PM 2 comments: Links to this post

Thank Senator Schumer for Supporting Marriage Equality and Calling for the Repeal of DOMA
This week New York ’s senior U.S. Senator – Charles Schumer – announced his support for marriage equality and for the full repeal of the so called “Defense of Marriage Act” (DOMA). As Vice Chair of the U.S. Senate's Democratic Conference, Senator Schumer is now the highest ranking member of the U.S. Senate to endorse marriage equality for our families.
When announcing his support, Senator Schumer said, “It’s time. Equality is something that has always been a hallmark of America and no group should be deprived of it. New York , which has always been at the forefront on issues of equality, is poised appropriately to take a lead on this issue.”

Click here to read our press release, where we thank Senator Schumer for his support for marriage equality and for the full repeal of DOMA

HRC published a statement on March 25th regarding it's policy on a gender inclusive ENDA past and present. HRC emphatically states it will not embrace the policy of 2007 when it abondoned it's support of transgender people.

I have a problem with this statement. HRC is still attempting to rewrite history. HRC is still trying to play the innocent victim. The sexual orientation ENDA had ZERO chance of passing the Senate or be signed by the president and they knew it. The move to abandon transgender people was despicable and we will not, and can not forget.

HRC if people see you as a revisionist that adds fuel to the fears you are also an assimilationist organization. Come clean and you will win hearts.

As a co-captain of the HRC haters club I am highly sceptical of the resolve that HRC will display in the future as it faces the potty mouthed right wingdings on the national front but then.....I can not deny the recent effectiveness of our combined efforts.Go Equality Federation!

I'd say give them a shot. Who knows?

"It's the policy of HRC that the organization will only support an inclusive ENDA. In 2007 House leadership informed us that there were insufficient votes to pass an inclusive bill, so they decided to vote on a sexual orientation only bill. We made a one time exception to our policy in 2007 because we strongly believed that supporting this vote would do more to advance inclusive legislation. We will not support such a strategy again. We look forward to Congress sending President Obama a fully inclusive ENDA for his signature."

On the web at HRC.org News

Posted by planetransgender at 2:19 PM 4 comments: Links to this post

Countdown - Take Action NOW for Trans Rights
Gender Identity Legislation Still Alive - Take Action! Legislation that would ban discrimination against transgender people in housing and employment is poised for a vote this week in committee. Please take action now to urge your legislators to vote yes on House Bill 474 and Senate Bill 566. Click here to send an email today. We truly need your support to make this proposed civil rights legislation state law. 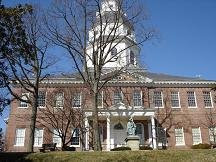 This action alert will send a email to your legislators if you live in Maryland.
kelli's note~Equality Maryland has distinguished it's self as a true advocate for transgender causes. Please support Equality Maryland!

Posted by planetransgender at 1:57 PM No comments: Links to this post

Sign this petition End Workplace Discrimination!
Equality Texas is joining with State Representative Mike Villarreal (D-San Antonio) in his efforts to secure a public hearing for his bill, HB 538 - "The Freedom from Workplace Discrimination Act". This bill would prohibit employment discrimination based on sexual orientation or gender identity/expression.
Please sign this petition in support of the bill and calling for a public hearing in the House Committee on State Affairs.
All the petitions will be delivered by Rep. Villarreal to the Honorable Burt Solomons (R-Carrollton), Chair of the House Committee on State Affairs. Our goal is to obtain 2,000 signed petitions in order to persuade Chairman Solomons to schedule a public hearing on this bill.
Please take action. YOU make equality happen.
Sign this petition
Posted by planetransgender at 11:02 AM 1 comment: Links to this post