When Neda was murdered by goverment security the image of her lifeless body falling to the pavement created a world community of people who do not recognize any goverments perceived authority to enslave and partition LGBT people. Her death puts into context the desperate plight of free thinking people in Iran. 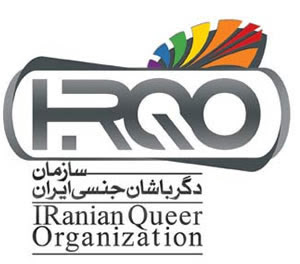 While I know nothing of the Persian Gay and Lesbian Organization (PGLO}
also known as the Iranian Queer Organization (IRQO), I would ask what can we do to help and how can we do nothing at all?

Posted by planetransgender at 8:29 PM No comments: Links to this post

Maine Equality Under Attack. Please do the right thing.

The next big battle is here, and we need your help.

The same anti-equality forces that spent millions and spread lies to pass Proposition 8 in California have set their sights on Maine. The National Organization for Marriage, Focus on the Family and the PR firm behind Prop. 8 have gone East to overturn the marriage equality law that passed this spring.

Invest directly in this critical effort – give to the HRC Maine Marriage PAC.

There's a lot riding on the outcome of this vote – marriage equality for Maine and momentum for our fight nationwide.

HRC has been on the ground in Maine for months, working with local groups across the state and the NO on 1/Protect Maine Equality campaign. Will you help run this amazing new ad produced by the campaign and bolster our efforts?

Watch the ad and donate to help run it in key markets – 100% of your gift will go straight to the fight for equality in Maine.

We have less than 60 days until Mainers will vote on a Prop. 8-style initiative that would void the marriage equality law enacted this spring.

We've received word that right-wing groups have already spent $600,000 to blanket the state with anti-marriage ads. We can count on a campaign fueled by distortion and lies, just like we saw in California last year.

We need to fight back with the truth. And let me be clear: a victory in Maine is within our reach... But we need more support early in the game.

Were there lessons in California? Certainly. One key lesson was that not enough people invested early to defeat Prop. 8. We can't let that happen again.

Did you know that an early contribution is, literally, three times more valuable to a campaign than one given at the end? It's true.

Invest directly in this critical effort – give to the HRC Maine Marriage PAC.

This isn't just about Maine. We can stop these anti-equality forces – and when we do, we'll help protect and defend marriage equality everywhere. Thank you for your help.

Joe Solmonese
President
Posted by planetransgender at 9:59 AM No comments: Links to this post

Tonight, Tuesday, September 8, NCTE will be hosting a conference call to bring you up to date and let you know how you can help get the Employment Non-Discrimination Act (ENDA) passed.
This may be our last chance to impact this bill in 2009 and we need your help.
Congress is back in session and it's time for us to consider what we've accomplished this summer and look at the steps we need to take this month as we move closer and closer to a vote. The call tonight is completely free but you will need to register (this allows us to call on you for questions and tells us how many people are present).
Please take just a minute to register now.
CONFERENCE CALL DETAILS
Date: Tuesday, September 8
Time: 8 p.m. ET, 7 p.m. CT, 6 p.m.MT, 5 p.m. PT
Click here to register today
Registration is completely free
http://nctequality.org/enda.html
Posted by planetransgender at 8:32 AM No comments: Links to this post