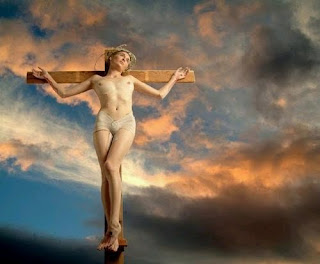 I am following in the path of Jesus on his journey on a path less taken. I am both peaceful and desperate to serve, understand and live both in his joyful testament and sorrowful pain. Therefore as he blesses my life when I pray I am also with him in his desperation.

Before I was aware that the holy spirit existed, I was called to a gathering from all corners of the earth of people who profess their love of God and Christ thru the Methodist faith. In that gathering were powerful people who banded together and agreed to once again conditionally accept as laity only, sexual minorities. Much to my surprise, one of the main reasons I felt so compelled to follow those events, the threatened defrocking of transgender ministers, was never even taken up.

I was lead to beleive the misogynistic untruth that only by the grace of those who led that Church, transgender ministers were granted a temporary reprieve and due to a lack of preparation they had not been persecuted. I breathed a sigh of relief in this knowledge that the Ministers I had come to somehow defend with my newly found spirit, would be allowed to return to their beloved flocks.

As time went on I became aware that Christ was looking over me. To my awe and fear I felt a vision of him sometimes pleased and sometimes dismayed, always in front of me, always observing. I prayed that I could always please Jesus and be rewarded by his affirming presence and when I displeased him that I would know this by his vision and I would know to mend my ways.

Then one day I no longer saw Jesus as physical presence, but became aware he is inside of me accompanied by the spirit. The absence of his physicality terrified me. How am I to know I am living in his word? So I began to study the Bible and finding passages where God blessed eunuchs. And the more I read, the more I learned that transgender people were acknowledged and blessed by Christ and his awareness of the difficulties that others would experience in understanding us. I also read that before I was born the holy spirit compelled men to search out and welcome transgender people with Christs radical inclusion.

No longer do I depend on the Cisgender to allow me communion with God. No longer do I accept their exclusionary images as divinely acquired!

Acts 26 Now an angel of the Lord said to Philip, "Go south to the road—the desert road—that goes down from Jerusalem to Gaza." The southern desert road was one that was one that was less traveled because of it's lack of water and harsh weather. Much as many of us believed when first coming to terms with who we are is what the heteronormative people conditioned us to think, we had a indomitable curse In reality we were called to travel this same road less traveled by the spirit.Acts 8:25,39