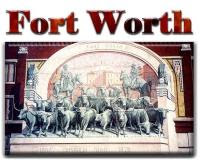 November 11,2009 Fort Worth, Texas. City council members voted 6 to 3 to adopt a ordinance to prohibit discrimination in places of public accommodation, employment and housing on the basis of transgender, gender expression and gender identity.

After an intense debate with both sides having been allowed to voice their views mayor Moncrief called for a vote with resulting in 3 no and 6 yes votes.

Gay and Lesbian supporters of transgender rights braved the gathering of placard vocal religio-bots that are commonly found wherever LGBT people gather, but this time we did not allow them to make us angry. We understood the stakes and placed duct tape over our mouths as a reminder what our reason for being there was and the futility of shouting. The forum inside would require us to be clear minded and level headed to succeed.

What was absent from our supporters were GLBT CLERGY?!? GLBT people and the council were left to hear one after another good "Christian" describe how they found our "life style choice" morally offensive and how they did not want that present for there children.

Pastors, do not wonder why your churches are empty, you were not there and the uncontested misconceptions, lies and hate we heard that night is nearly all that most LGBT people know of religion.

After enduring the hate and lies we were all rewarded by having our LGBT civil rights movement progress.

Thank you to the wonderful Gay and Lesbian community of north Texas!
Posted by planetransgender at 6:51 AM No comments: Links to this post