SEATTLE, Wash. -- "More than a hundred women punched and kicked off a self-defense workshop called "Fight The Fear," a campaign created in honor of a Seattle woman who lost her life last year."

"Bam! Right to the head," organizer Melinda Johnson showed as she demonstrated techniques with her elbow. Johnson, a martial arts instructor and one of the event organizers, also told participants to yell "No!" or "Stop!" or anything that came to mind."

"Whatever you want to say," she told the crowd. "The point is your bringing out your voice." Full story at King5.com

Posted by planetransgender at 10:13 PM No comments: Links to this post


This video recorded during the intake of transgender woman Duanna Johnson clearly shows one officers restraining Ms.Johnson while former Memphis Police Officer Bridges McRae struck Ms. Johnson repeatedly with all his might. It was later revealed that McRae rapped his fist with metal to intensify the damage of the blows.

McRea's lawyer contends that his client was fighting for his life after being attacked by Ms. Johnson and used justifiable force in restraining Ms. Johnson.

Ms. Johnson was found shot to death shortly after being released from detention. That crime remains unsolved.
Posted by planetransgender at 9:16 PM No comments: Links to this post

San Fransico, CA. Proponents of same sex marriage equality who recently asked for and were denied a request to open public records to reveal who and what institutions contributed to the vote passing prop 8 have been denied a simular request by the Supreme Court, until at least Wednesday to allow television cameras into the courtroom.

Proponents of marriage equality contend that video graphing of the upcoming court battle would insure freedom of speech by allowing public disclosure of who and what organizations opposed equality during the trial.

Opponents of marriage equality have a diametrically opposite conception of what constitutes freedom of speech in a democratic society.

The opponents of marriage equality beleive people and organizations will only be allowed to operate without fear of retribution if they are not legaly responsible to disclose who and what organizations provide funding and manpower to achieve their goals.

The opponents of marriage equality are petitioning the court to disallow televising or video recording that would be available to public viewing on closed circuits or domains such as You Tube.

The Republic of Iran recently enforced it's ability to censure it's population by electronically shutting down it's border in a attempt to isolate and stifle the voice of freedom. That attempt at silencing it's population's voice resulted in the world's condemnation and unification of political forces previously divided along ideological lines.

The right to publicly confront oppressors in the United States is likely to be ruled on by the Supreme court before marriage equality is ultimately decided.

HT Murcury News Trial over Proposition 8 set to make history
Posted by planetransgender at 10:32 AM No comments: Links to this post 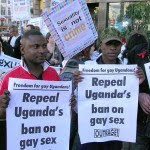 From the US to Uganda: Stop the Hate. Protest America's Religious Right Inspired Ugandan Anti-Homosexuality Bill.

Join the Impact MA and the Anti-Violence Project of Massachusetts are calling for a day of action on February 4, 2010 to protest the American-inspired Anti-Homosexuality Bill (“AHB”) pending in the Ugandan Parliament. 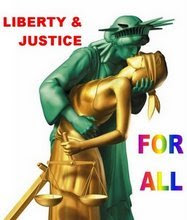 To see more details and RSVP, follow this link to Facebook event page: From the US to Uganda: Stop the Hate

JOIN THE IMPACT MASSACHUSETTS.com
Posted by planetransgender at 3:07 AM No comments: Links to this post