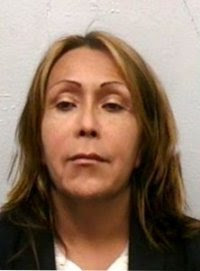 A public memorial and candlelight vigil will be held on Monday, January 25 at 6 pm to honor Myra Ical, whose body was found last Monday in the 4300 block of Garrott St near Richmond Avenue.

The memorial will include two moments of silence, one for Ms. Ical and another for other transgender Houstonians who have been murdered whose crimes remain unsolved, as well as a moment of noise-making to recognize that it is silence that allows the perpetrators of crime to go unpunished.

The time for silence has ended! Myra’s body was discovered at 2 in the afternoon at a busy intersection. Somebody saw something or knows something about this crime. We want to encourage people to make noise about the violence that is inflicted on our community.

The local media took their cue from HPD, consistently referring to Myra as ‘he’ which is disrespectful of her memory. Every media style book in the country, including the Associated Press, is clear that transgender people should be referred to using pronouns that reflect their gender identity.

We are thankful that HPD is working hard to solve this crime, but they have a duty to communicate with the public in a way that respects the victim.

Houston Police have no leads in the case. Anyone with information is encouraged to call the Transgender Foundation of America at 713-520-8586.

The Memorial will be held at the site where Ms. Ical’s body was found, at the vacant lot at 4300 Garrott. Attendees are encouraged to bring noisemakers. Candles will be provided.

kelli's note: I am crying for you Myra that you died alone and unloved in a empty lot. God knows you now and our sorrow will lift you to his loving arms. God bless you Mrya.
Posted by planetransgender at 3:40 PM No comments: