Barney Franks optimistic on ENDA or prepping for Transgender Exclusion? 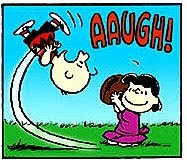 Barney Frank feels that ENDA is on track to be passed in the House in March but he is unsure about it's prospects, regardless of gender issues, in the Senate.

Congressman Frank has reversed his lifetime stance on transgender participation. Might we have a unified political coalition that is essential in passage of ENDA? Or not.

February 5th Frank responded angrily and defensively on the Michelangelo Signorile Show when questioned about LGBT participation in the political proccess calling us whinny and lazy and that we have never lobbied congress and that now we are ultimately to blame for ENDA potentially failing.

Barney Frank since has dramatically abandoned his time proven scapegoat for the democratic party's political pandering and backsliding on ENDA telling the DC Agenda on Feb 17 that transgender lobbying efforts are now "supportive".

According to Frank everything is in place for ENDA to move out of the Education committee to a full house vote except that;

“There has always been a problem with the question of people who are
transgender in situations where people are totally or partially
unclothed.”

Are we a unified team, win or lose or is Barney "Lucy" Franks and his political backers setting up the ENDA football? Again?
Posted by planetransgender at 9:55 AM No comments: