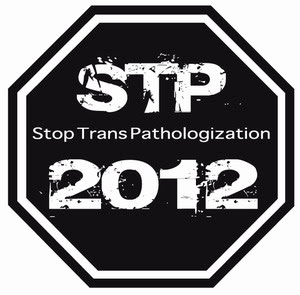 Next October 23 the trans movement is going to carry out various actions as part of the Stop Trans Pathologization Campaign. These actions are pushed by the International Network for Trans Depathologization, which works to eliminate stigma and the pathological focus on trans identities set in the DSM and CIE diagnostic manuals. Its motto: "Trans identities are not a disease"

The campaign of October 17 2009 mobilized more than 40 cities throughout the world. This reflected the impact of the call for depathologization, stressing its global significance for the trans community. Hopefully the event will gather an even larger amount of activists from different cities, committed to the following objectives of the campaign, next October 23, 2010:

1.The removal of TIG from the international manuals of diagnosis (its next versions DSM-V and CIE-11).
2.The removal of the mention of sex from official documents
3.The abolition of treatments of binary normalization for intersex people.
4.Free access to hormonal treatments and surgeries (without the psychiatric trusteeship)
5.The fight against transphobia: educational efforts and the inclusion of trans persons in society and the labor process

In the course of these months a series of events has occurred that reflect without doubt the impact that the STOP-2012 campaign has had on the international stage. Thus the campaign has become a global point of reference for defending the rights of the trans community; the delay of the publication of the DSM manual for 2013; the call of the 5th Congress on Sexual Education, Orientation and Therapy of the Multidisciplinary Cuban Society for the Study of Sexuality (SOCUMES), in favor of the depathologization of transexuality; the APA draft DSM-5 publication, which while addressing the modification of "gender incongruence" persists with the stigmatizing and pathologizing concept of transgenderism; the release of a decree by the French Ministry of Health, which gives trans identities an ALD classification (chronic illness),which allows it to be covered by health insurance, but continues the status of an illness; finally the Spanish government agrees with the need to stop calling transexuality a mental disorder, but if consequent, should review its own law (3/2007, March 15), as well as the clinical protocols for the gender reassignment process, which allow for an autonomous and informed decision of the person involved.

Let us intensify our actions demanding all governments, international organisms and civil society to support the removal of Identity disorder from the DSM-IV and CIE-10 diagnosis manuals, as it constitutes a clear insult to the dignity of Trans people. It it is the last bastion of appropriation of our bodies and the imposition of a binary frame for gender and sexuality, which has already been disqualified by what reality teaches us.

¡Trans identities are not a disease!

We look forward to your fighting commitment participating in the campaign. Please tell us about your actions writing to:

read the article on ILGA's website: http://ilga.org/ilga/en/article/mBGt6bB1GM
Posted by planetransgender at 6:51 PM No comments: 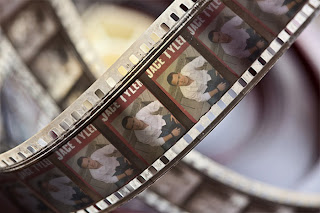 Jace is only one of 12 gourgous men featured!

Have a favorite month?

A new calendar project to benefit transgender men is currently under way – and they need your help! Born from one person’s desire to help her friend raise money for sexual reassignment surgery, the 2011 Transguys Calendar Project is a labor of love designed to provide financial assistance to transgendered individuals who need help funding sexual reassignment procedures.

The calendar will feature twelve gorgeous female-to-male models at various stages of transition. 100% of the proceeds from calendar sales will be donated to transgender individuals in need of financial assistance for medical costs associated with transitioning.

According to Project Coordinator, Maegan Beard, the goal is to raise at least $10,000in the first year and to continue the effort annually to help as many people as possible. “Eventually we’d like to be able to expand the project to include an annual Transgirls calendar as well to benefit people transitioning from male to female,” Beard says. “My ultimate goal is to turn this project into a charitable foundation and provide a central resource for people looking for help with funding trans medical costs.”

Volunteers are already lining up for the 2012 edition, and in a few short weeks the project has garnered nationwide support from individuals, corporations, celebrities, and LGBT organizations. If you would like to pre-order a calendar or make a donation to help with printing costs, please visit the Project’s website at theTcal.org.

Other volunteer opportunities are also available! If you’d like to get involved, contact the group through the website to find out what is still needed. You can also email Maegan Beard directly at hey_meg@hotmail.com with any questions or comments.
Posted by planetransgender at 8:48 AM 3 comments: