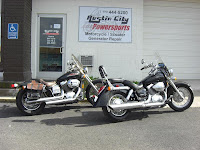 Jennifer Baggarly's thirty years of faithful motorcycle repair and multiple certifications meant nothing to potential employers after being dismissed because of her gender expression.

"They lied about my experence and employment record" Baggerly said "every interview went great untill our following contact when they declined my application after having had a conversation with my former boss."

Jennifer's career seemed in ruins as she spent the next year unemployed. Resilience defining TransAction, not to be 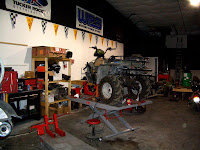 defeated, Jennifer took the bull by the handlebars and Austin City Power Sports, her start up business venture became the answer.

Jennifer was forced into this because of transphobia, her car repeatedly defaced a 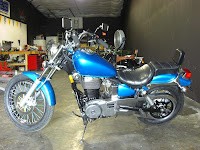 employer refusing to address her with the proper pronouns, let alone give her the respect every woman deserves.

"Our customers care about our ability to get the job done right, the first time" Jennifer explaining the shops phenomenal success "and they aren't worried if its a transgender gal or guy who gets it done."

It is ironic and wonderfull that the same bigots who forced her into unemployment now must compete with Austin City Power Sports superior operation.

Maybe one day her former employers will be asking Jennifer for a job. Who knows.

Austin City Power Sports.com
Posted by planetransgender at 9:27 AM 4 comments: Links to this post