HB235 Hearing March 9th. Be There or be excluded from the Human Race! 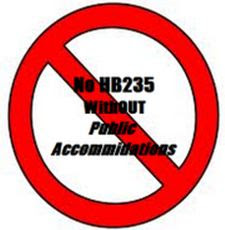 The Maryland House committee Health and Government Operations Committee will hold its first hearing on HB235, the ???"Human Rights bill"??? without public accommodations in Annapolis Maryland.


NO public accommodations provisions, means trans people will continue to have NO legal right to be in the spaces the human race occupies!

Get there early otherwise you may not speak because there are going to be a lot of folks wanting to speak and limited time.

Its suggested to make 35 copies of your testimony for the committee, attorneys and the public.

Email ThisBlogThis!Share to TwitterShare to FacebookShare to Pinterest
Labels: HB235 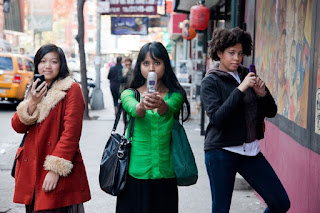 Been Harassed, threatened or assaulted? Take a picture of your assailant and send it to HollaBack. Just the knowledge we are so empowered will give most assholes a second thought before they give you cause to HOLLABACK!

Hollaback! is a movement dedicated to ending street harassment using mobile technology. Street harassment is one of the most pervasive forms of gender-based violence and one of the least legislated against. Comments from “You’d look good on me” to groping, flashing and assault are a daily, global reality for women and LGBTQ individuals. But it is rarely reported, and it’s culturally accepted as ‘the price you pay’ for being a woman or for being gay. At Hollaback!, we don’t buy it.

We believe that everyone has a right to feel safe and confident without being objectified. Sexual harassment is a gateway crime that creates a cultural environment that makes gender-based violence OK. There exists a clear legal framework to reproach sexual harassment and abuse in the home and at work, but when it comes to the streets—all bets are off. This gap isn’t because street harassment hurts any less, it’s because there hasn’t been a solution. Until now. The explosion of mobile technology has given us an unprecedented opportunity to end street harassment—and with it, the opportunity to take on one of the final new frontiers for women’s rights around the world.

By collecting women and LGBTQ folks’ stories and pictures in a safe and share-able way with our very own mobile phone applications, Hollaback! is creating a crowd-sourced initiative to end street harassment. Hollaback! breaks the silence that has perpetuated sexual violence internationally, asserts that any and all gender-based violence is unacceptable, and creates a world where we have an option—and, more importantly—a response.

Change.org petition demand the resignation of Journalist Juan Terranova for rape threat
Posted by planetransgender at 9:22 AM No comments: Links to this post