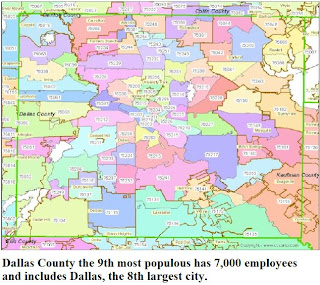 Time for the T to Step UP!

Judge Jenkins who won his job as chair Dallas County Commissioners Court on a promise to include sexual orientation and gender expression now says a definition of transgender needs to be established before gender expression can be added to the county's non discrimination policy.

However, the amendment adding “sexual orientation” to the policy does not include gender identity/expression, meaning it covers gay and lesbian employees but not transgender workers.

County Judge Clay Jenkins, who chairs the Commissioners Court, and Commissioner Elba Garcia told Instant Tea they were under the impression that sexual orientation includes gender identity/expression, which it does not. Jenkins and Garcia, both Democrats who took office in January, spearheaded the proposal to add sexual orientation to the policy."

Those of us who helped with the emancipation of Dallas's "Miss T Dart" know that when a politico claims ignorance to the definition of transgender it is a usually just a excuse for non inclusivity.

Rafael McDonnell, a trusted ally, communications director of the Resource Center of Dallas has informed me that there was no communication between the Commission and any North Texas LGBT groups during the drafting of the amendment.

We can call and email the Commissioners using the list below or you can make a immediate impact by attending the next meeting. Here's the lowdown:

The Commissioners Court meets at 9 a.m. on Tuesdays in the County Administration Building, 411 Elm St. in Dallas. Google Map


Also in the The Dallas Morning News
Posted by planetransgender at 7:37 AM 1 comment: