HB235 Killed in the Eleventh Hour! WE WON!

Our hard work and determination killed the "anti-discrimination bill" without public accommodations provisions! The Maryland transgender groups Transmaryland and Trans-United members, the past Equality Maryland Board President, current EQMD members and allies lobbied legislators so passionatly to oppose this bill apparently made a impression connecting with there need to "Do the Right Thing" in this desperate eleventh hour. 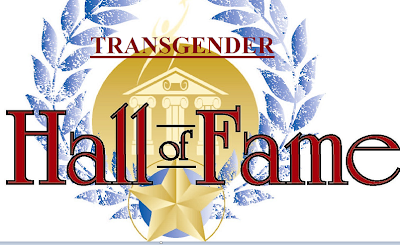 To thank try and individualy the trans people in Maryland who accomplished this I would have to leave someone out and that would be sad so I will just say JOB WELL DONE! We took down Goliath.

Some of the blogs that directly empowered this effort taking on the seemingly overwhelming media power of HRC's media platform: Monica who sounded the alarm on TransGriot , Kat at Enda Blog, Ashley on her blog Trans Forming Media (TFM), USA, The Transexual Menace, Woman Born Trannsexual, She Wired, Know the Neighbor, TransAdovcate. 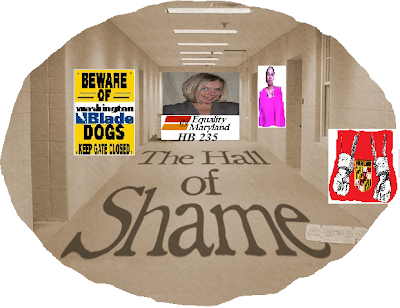 Unfortunately when there is a epic battle between the underdog tweeter and bloggers fighting for equality there is a villain. In this case its Equality Maryland. After Equality Maryland's role in HB235 was exposed they panicked and sought to hide, deceive, lie, pressure, intimidate, and mislead. Instead the truth is being laid bare here, and everywhere freedom of speech is honored.

Also belong in this hall of shame is the lone national blogger who paroted Equality Marylands lies and deceptions, Autumn Sandeen at Pams House Blend. Autumn, I would be PROUD to be placed next to Ashlely Love in your sidebare of intimidation. Trans people only ask for what ALL other minorities demand, FULL EQUALITY. Nothing less is acceptable.
Posted by planetransgender at 8:51 AM No comments: Links to this post