Dallas Commissioner Dickey says: Transgender and Obesity is the Same NO Protections

At the Dallas County Commissioners Court meeting held on April 19th Commissioner Maurine Dickey stated she would not vote in favor of adding gender identity and expression to the newly amended Dallas County nondiscrimination policy.

Source: Dallas Voice "Dickey told Instant Tea she believes the Commissioners Court’s recent decision to add “sexual orientation” to the policy was “overdue.” However, she said she thinks adding gender identity/expression to the policy could lead to adding “overweight people” or “people with diabetes.”

“I won’t be voting for a special protected class,” Dickey said. “You’ve got to stop somewhere. … It becomes a legal nightmare.”

In response to follow-up questions, Dickey said, “I’m not going to argue with you about it.”

It would then be reasonable to extrapolate Mrs. Dickey feels there would be no benefit to society by adding the 'special interest group' transgender people to the non discrimination policy since we could be cured with reparative therapy the same as obesity can be medically remedied?

Yet Commissioner Dickey voted for chopping off the T and adding Gay people who are in every sense of the word a "special interest group".

Or is Commissioner Dickey's objection to adding transgender people to the County's non discrimination policy suggest something more personal is involved?

The Dallas voice thinks there maybe something more to it "filed a request, under the Texas Public Information Act, seeking any and all records related to the Dallas County Commissioners Court’s decision to add sexual orientation — but not gender identity/expression — to the county’s nondiscrimination policy."

“I’m not going to argue with you about it.” 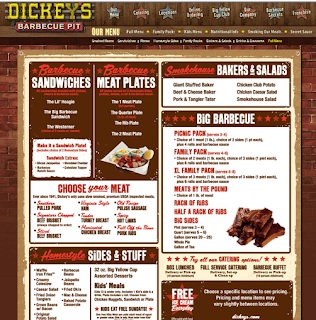 Undoubtedly her political base has sent her clear signals, keep your job oppose transgender inclusion. And since her husband is the president of the Dickey's BBQ restaurant chain, which operates in 30 states, Maurine Dickey clearly profits from enabling food addictions contributing to morbid obesity. But she doesn't know or care about the causes that lead transgender people to end up dead, unemployment and refusal of access to public accommodations.

The average daily caloric intake of a 30 year old male is approximately 2600 calories. One Dickie's BBQ meal contains a average of 3500 calories
Posted by planetransgender at 5:58 AM 1 comment: Links to this post