Two Spirits Murdered Today But In another time Honored 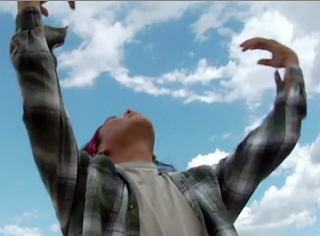 Durango Herald A boy remembered :"Ten years ago, 16-year-old Cortez resident Fred Martinez was murdered, bashed repeatedly with a heavy rock held by a man he met just that night. In what came to be central aspects of his death, Martinez was Navajo and described himself as “two-spirited,” a distinctly Native American term describing those who engender a male spirit and a female spirit."

"His death became another addition to a harrowing stream of hate crimes that have shocked the public with their brutality while also sparking unique conversations about two-spirited people and acts of intolerance against them."

Posted by planetransgender at 8:20 AM No comments: