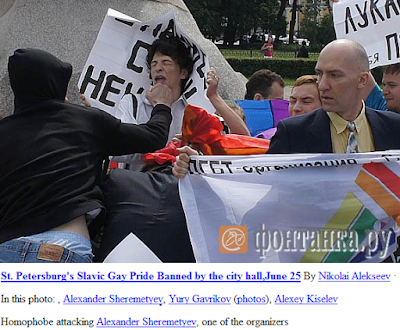 Nikolai is live now at 6/25 9:00am CT live Tweeting from inside a St Petersburg jail cell as he and 14 others are being charged by the police for having this years Pride. 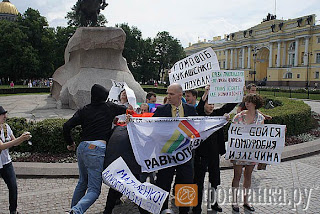 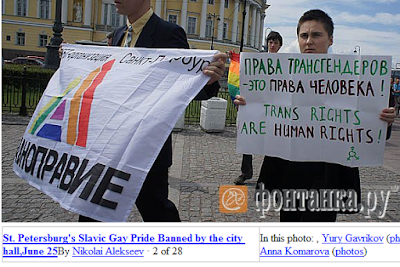 Photos from the 3r Slavic Gay Pride which take place in St. Petersburg on June 25, 2011. 14 Participants were arrested by the police. As the photos showed, one participant was attacked and beaten by a homophobe. In all, 20 people took part to the Pride which was banned by the city hall. Last year, a similar attempt in St. Petersburg was also banned. This year activists gathered near the statue to Peter the Great as the pictures show, but also used a boat which passed in front of the statue on the river neva and another group attempted to protest in front the Constitutional Courts which is located opposite to the statue.
. More on the AP
Posted by planetransgender at 9:04 AM No comments: