Next Miss Universe Singapore could be born a man? No Maybe Transgender 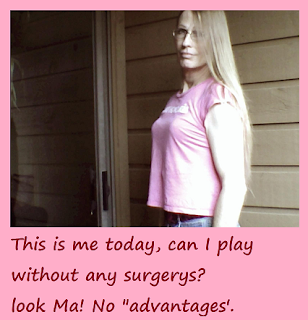 "Next Miss Universe Singapore could be born a man" makes me cringe and do strikethroughs. continuing on the article...

"It is an event designed to celebrate the country's most beautiful women."

"But next year's Miss Universe Singapore could be won by somebody born
a man, after organizers revealed that they are considering accepting
contestants who have had a sex change."

As far as we have gotten they still just don't get it or perhaps it was a intentional gaff to draw attention attention.

Transgender and transsexual people are born in the gender expression you see us now. As any cis person will confirm any operations they may have had did not define their gender. Often I have people ask me "when did I know"? I always answer that with "when did you know?"

But as testimony to our progress the article is very forward looking but it also makes me laugh. We now have a advantage according to many Cis woman because we don't have to battle celleote and have "undergone the knife". Is Sexual reassignment Surgery a advantage or boob jobs and other cosmetic surgery? I can't imagine having SRS a advantage and without a doubt many beauty contestants have gone "under the knife" for cosmetic surgery too. No advantage there.

Perhaps our advantage is the negative context mainstream media portrays us in. Like a hooker being murdered?


Student Marla Bendini, 26, said transgender contestants could lead to a more positive representation of the community in society.

“A few weeks ago I was approached by a television crew to play a transsexual sex worker who had fallen to her death out of a hotel room,” she said.

“There's a fascination with transgendered people but we tend to be portrayed in a negative light.”

Agreed. And the truth is its a uphill battle for transgender beauty contestants and we have no advantages other than the inner truth and beauty from being born naturally female.

Posted by planetransgender at 9:20 AM