Janette Tovar a transgender woman from Dallas Texas was found dead by police responding to a emergency call October 18th who found her body at her home at 918 W. 8th St.

According to TransGriot her boyfriend,  Jonathan Stuart Kenney was arrested for her murder:

Kenney was arrested by Dallas police yesterday. According to an arrest affidavit, an investigation into Tovar’s death revealed that Kenney slammed Tovar’s head into the concrete in the 830 block of West Davis Street at 6:20 AM CDT Monday. Kenney then continued to assault Tovar when they returned home to 918 W. 8th St.

Police then responded to a 911 call at about 4:20 PM at the couple’s residence. The initial police report states that a man called 911 around 4 PM Monday after finding Tovar “not breathing and unresponsive.” Dallas Fire-Rescue and homicide detectives responded to the scene.

I want to share some pictures of Janette I found on her facebook memorial page created In Loving Memory of Janette Tovar .

After reading the comments on the Dallas Voice article it occurred to me that to many Janette's death would be just one more number for the TDOR, one more in a seemingly unending tragedy. 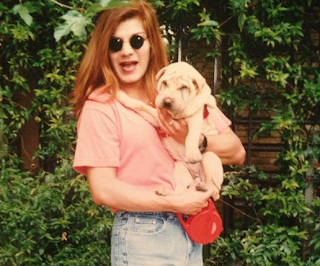 As awful as her murder was we should know, she was love by many. One person commented her smile lit up a room. Indeed.

All of the comments had one common thread. They will miss there beloved Janette.

Although I never met this sister who lived 30 miles away I feel the lose as well.

Posted by planetransgender at 5:44 AM