Rep. Richard Floyd, Tennessee Legislator Promises To "Stomp A Mudhole" In Me 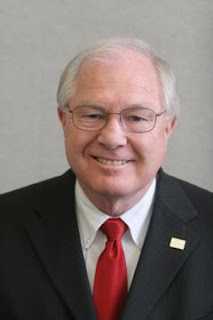 The face of hatred of all that is gender gifted, Rep. Richard Floyd author of the Tennessee house transgender hate bill HB2279 is quoted as saying:

The same day that Floyd's threat was made public Tennessee Sen. Bo Watson, R-Hixson who had sponsored the Senate version of the house hate bill abandoned Floyd, withdrawing the bill. Watson said he sponsored the bill as a standard courtesy to local House members, but there was more pressing issues and he didn't want to get "Side Tracked". The truth is Watson agrees with Floyd, he's just trying to say his pathetic political ass.

What does Stomp a Mudhole and walk it dry" mean? The Urban Dictionary defines it as: "To tear someone a new ass, to beat them to near death or to otherwise hurt someone to the point that they can not fight back."

This threat by a Tennessee Representative towards people he was in trusted to protect must not go unpunished let alone dismissed as unimportant as Senator Watson wishes. When this article went to press the people of Tennessee have voted in a poll by a margin of 88% in favor of letting transgender people use the public accommodations that are in line with our gender presentation.

To do otherwise for transgender people would be to invite beatings as Tennessee Legislator Rep. Richard Floyd promised he would do to me.

This is personal. Floyd, I live in Arlington Texas. I am a transgender woman. I will be at a dressing room of your choice at a time you designate. Just a friendly invitation to the Yellow Rose.
Posted by planetransgender at 5:26 AM No comments: Links to this post