Why do Maryland Dem's think Transgender people are Hapless Idiots? 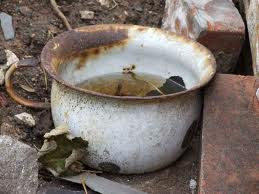 I'm sure Maryland Democrats and some Equality Maryland board members would have been happy if I hadn't picked up on a heterosexual media story about Democratic Tom Quirk's proposed amendment to Baltimore law allowing Employers to determine Public Accommodation Access.

To my knowledge at that time there was no mention of that amendment in gay media.

Now Quirk and company are trying to spin the story so everyone thinks it was their intention to include public accomidations in the original bill.

That is simply not true. It was Quirk's intention from the begining to require transgender people to use the restrooms other than the ones that are inline with our gender presentations putting us at incrediable risk.

From the PDF of the original bill:

"Public accommodations means any place which holds itself out as inviting the public to utilize its goods and services, whether or not for profit. PUBLIC ACCOMMODATIONS DOES NOT INCLUDE ACCOMMODATIONS THAT ARE DISTINCTLY 8 PRIVATE OR PERSONAL."

But they lost the advantage of suprise they had last year when Equality Maryland tried to force a law on Maryland trans folk that would not have given transgender people a pot to piss in.

This is bullshit. Again Democrates? If you don't have the conviction, backbone or political need to write laws protecting your constiguants then, QUIT IT! We do not need you to write laws that would enable transphobic haters to BEAT US IN THE BATHROOM LIKE THEY DIDChrissy Polis.
Posted by planetransgender at 10:19 AM 1 comment: