Radfems Gives All Radicals a Black Eye, Even Me 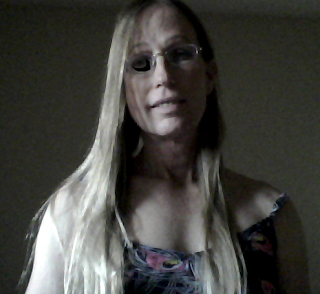 They, being the people who claim the moniker of RadFem have given all female radicals a black eye, including myself. Its inevitable, since all who do not identify as a "RadFem" (the rest of womanhood), are guilty by association simply because we are females, too.

I have never been so presumptuous to call myself a 'feminist', because the reality is as a transgender woman, I have different life experiences. This difference incredibly is one of the cornerstones RadFems used for excluding all non cisgender people. They call us "Dickiest" which I presume the ignorant Radfem belives is insulting to trans woman by inferring we are male privileged. But in reality it means something entirely different. Now that's funny.

But I do call myself a radical. A transgender radical and my agenda is intrinsically intertwined with feminism.

But RadFem's just don't seem to get it. No one is denying them a place to congregate to cast dispersion on a minority, if said minority has a opportunity to represent themselves in the conversation. RadFems do not abide by such conversation because by there creed we do not exist, as females.

I have had many years experience dealing with Cathy Brennan, a outspoken Radfem. At times the augment RadFems offer as validation of there anti trans views are almost comical, but in a tragic way.

Every time a RadFem indulges themselves in hate, we as there fellow woman suffer. All Cisgender woman suffer. That's tragic so in trying to get this across to Cathy Brennan I mentioned her in a tweet about their recent denial of a meeting place by Conway Hall. Brennan replied, tweeting as "Bugbrennan".....(note she always misspells my name to infer maleness, i guess)......

It is ultimately tragic that RadFems will not allow themselves to get past their hateful rhetoric and become at least open minded enough to engage in discourse and thus allow themselves the dignity of returning to a respected position within feminism.

I believe Radfems by virtue of their tenacity will locate a venue without morality that will allow them a stage. Its in their DNA, but is such a waste. Such a misdirection of potentially beneficial feminism.


Posted by planetransgender at 9:30 PM 2 comments: Links to this post