Carmen Carrera You Set Yourself Up For TransPanic 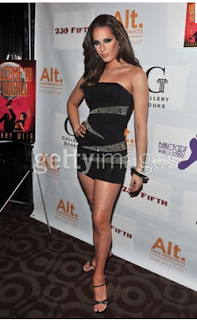 The "Cake Boss" scene to which Carmen Carrera agreed to do involved her kissing a man without him being aware she is trans and his reaction.

This was a set up for Transpanic, the largely discredited defense murderers of transwoman use is the idea that a transgender woman intentionally fools a man into believing she is a cis woman and when he finds out the "truth" she is transgender he is so over taken by rage he commits murder.

99% of the time this is a ridiculous contention as the vast majority of transgender woman are so obviously transgender it would take a highly inebriated person to miss the tells. These traits we hold dear because it is a sign we are blessed with gender gifts.

But then there are exceptions, like the gorgeous Carmen Carrera who could "fool" even a sober man.

Carmen Carrera wrote on her Facebook fan page:
"LET ME MAKE THIS VERY CLEAR! LISTEN UP PEOPLE! I signed on to do this episode of "Cake Boss" to promote EQUALITY. Transgender women are just as beautiful as biological woman and should be respected for that. The "reveal" was never meant to ...be a "Jerry Springer, 'THATS A MAN'..." kind of thing. I was promised that it wasn't going to be that way. I was lied to. I don't promote misleading someone or putting down the trans community. I am a beautiful transgendered woman and if a guy hits on me at a bar, ITS OK! That was the message.

So you believed the 'reveal" would go smoothly. You honestly believed with Cousin Anthony gladly welcome the news he was just intimate with a transgender woman and the show would the segway into another topic.

I believe it was all a publicity stunt to gain you attention. I am sorry but allowing ones self to be set up is how we die and normalizing that is inexcusable. As a transgender blogger I am reminded of that almost daily as I write about another transgender woman, who's murderer is almost always attributed to a man who 'discovers' they are transgender.

How does that happen you ask as I have already said most of us are easily recognizable as transgender? Most of the murders have another thing in common. The murdered woman have engaged in risky behaviour, setting themselves up doing drugs, and prostitution. But in those sisters cases its addiction and homelessness. They are feeling as if they have nothing to lose by setting themselves up.

Carmen Carrera I believe your addiction is the spotlight.

And so has the "Cake Boss".

Now what about the thousands of people you cried wolf to, like me, who rushed to your defense and signed the petition?

Posted by planetransgender at 11:16 AM 4 comments: Links to this post