Why is Jillian Page Afraid To Say "Nigger" and Not "Tranny" 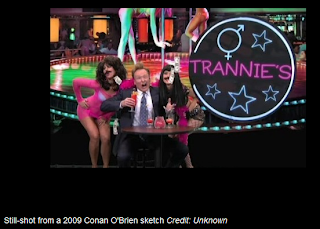 Why is Jillian Page Afraid to Say Nigger? Because its Stuff Black People Hate and she knows  its been judged inappropriate by the majority of the black population especially if it's usage is used in a apology to non blacks for saying it!

Its simple Page, that word is defamation and was naturally eliminated from everyday conversation as black people's struggle for rights progressed. They enabled themselves by setting that social construct.

Then why is Page unafraid to say tranny? Because conversely she believes that this like defamation is just fine for everyone to use, even cisgender people! She qualified that argument by saying she googled tranny and found that the majority of links were about transgender people.

What the fuck Page? You forgot to mention the first link was the Wikipedia definition of Tranny

A while back I did a survey albeit a brief one, called Who we Are. I did so because as advocate who was ardently opposed to the horrific movie "Ticked Off Trannys With Knives" I needed to know I was speaking for the majority of our community. 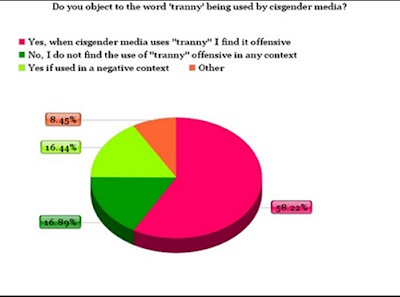 The survey clearly indicates the vast majority of our people object, as black people do, to defamatory words like "Tranny" being used outside of the respective community.

And Page, you didn't mention nearly everyone of the rest of the "Transgender" links were for pornography sites that prey on the most vulnerable of our society. Some not all, of these transgender people are allowing themselves to be used so to feed addictions. Paige also failed to mention that drugs play a major role in the majority of murders of our people. Black transgender woman of color murders.

Page, one more thing. You remember the celebrities who used to to say "Nigger" in comedy acts? Most of them are dead now and like our slain trans sisters drugs nearly always played a role in there early demise.

Paige you can make fun of the transgender community for our empowering edit of the word...but....

.....I find it extremely disturbing that while you show respect for another minority you have no problem dehumanizing and demoralizing your own. Proof positive transphobia can emanate from anywhere, even from within the transgender community.

Page, its not just a few transgender activists who rightly object to the promotion of tranny, quite the opposite. Its by far the majority of our community.

You will have a few standing on your side of the fence Paige, manly populists and gay men enthusiastic about another stab at us, but you are alone and very, very wrong.
Posted by planetransgender at 11:04 AM 2 comments:

Email ThisBlogThis!Share to TwitterShare to FacebookShare to Pinterest
Labels: Tranny 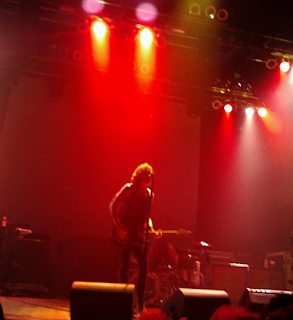 I saw Against Me! Laura Jane Grace, the punk rocker who recently announced her transsexuality at the Dallas House of Blues last night. They rocked that house down with this rendition of Transgender Dysphoria Blues. Sorry for the sound, I really wanted a good recording but guess I was a little too close to the stage (3 feet). I had the time of my life transfam. If you get a chance to see Against Me! do SO! They are touring with The Cult.

Posted by planetransgender at 8:09 AM No comments: