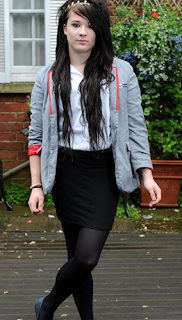 Giles Academy Headteacher Chris Walls and teaching staff willfully broke the law, endangering the life of his 16 year old transgender student.
After banning Ashlyn Parram from taking examinations while she was dressed in female attire she brought him printed copies of the revised Equality Act 2010 which requires Schools such as her's to protect transgender students from Discrimination. 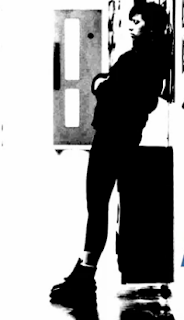 Despite having a printed copy of these laws in his hand Headteacher Chris Walls and staff mocked Ashlyn's feminine walk, told her gender diversity didn't exist, forced Ashlyn Parram to sit apart from other students, take physical education with boys resulting in her losing relationships with teachers, friendships with other students, even being being spat on and hit.

According to the Sun:

"Miranda and Ashlyn’s stepdad Graham, 43, have now lodged an official complaint over the headmaster’s conduct claiming discrimination because of Ashlyn’s gender and a failure to give her the correct support.

A school spokesman said: “Giles Academy is an Ofsted Outstanding school in a caring environment with robust equalities policies. The governing body of the Academy rejects all the allegations.”

Posted by planetransgender at 9:10 AM No comments: Links to this post