How about you? Yes, No? Take the poll on the top right sidebar>>>

Update* Mass Gov may repeal Judge Wolf's ruling. Details at the bottom of the post.

Surprisingly there are many within the trans community who are in agreement with the victims family. Not so surprising though in light of how rule conscious our community is, its the essence of our validity. They feel that Michelle Kosilek should not receive a state funded sexual reassignment surgery. Many feel that since they have absolutely no chance at becoming whole at state expense, why should a murderer, any murderer be granted SRS.

Then there are some within our community who would argue that denying Michelle Kosilek SRS would essentially confirm what corporations contend, that this surgery is elective and cosmetic. The people in this corner believe that would be counter productive to fight against Michelle Kosilek surgery as it is central to our argument that SRS is a medical necessity as we fight to get that option added to medical plans. Humanists further argue its even even more important she be granted this state funded surgery since it would allow Michelle Kosilek to be correctly housed while incarcerated.

How do you feel?

"Patrick said Monday no decision has been made on whether to appeal last week’s decision by U.S. District Court Judge Mark Wolf, who ruled the surgery was medically necessary to treat Michelle Kosilek’s “serious medical need."

"Patrick notes the ruling went against the state, which opposed the surgery. But the Democrat also calls the judge “thoughtful and scholarly” and says the state wants to fully evaluate the opinion before deciding what to do."

I'm unclear what Gov. Deval Patrick meant when he said the ruling 'went against the state". Perhaps 'the state' he is referring to is the vocal component of his constituency opposed to the Judges ruling?

In which case our own Zoe posting as aebrain made a very good case in her comment on the WP article writing that "The Governor has a problem."

Correct me if I'm wrong but essentially, Zoe pointed out the Governor's problem is one of political survival VS Constitutional law.


Posted by planetransgender at 4:37 PM 18 comments:

Denmark Do Not Send Trans Woman Fernanda Milan To Her Death 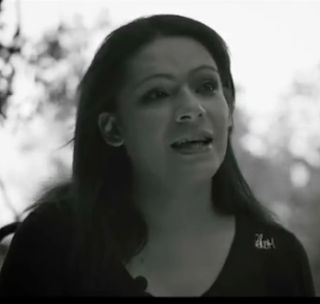 Protest Danish acquiescence to the murder of this woman, Fernanda Milan.

***UpDate! Uncommon Scents is reporting an 11th hour appeal has stayed her deportation, for now.

At 22 Fernanda has made some powerful enemies. Adversaries in her country who have beaten her in the past, and now that she revealed to world the fate that awaits her in Guatemala they will stop at nothing to silence her, if she is forced to return.

What has made these people act so violently towards Fernanda? She is transgender and an activist.

Liberal Conspiracy contributor Natacha Kennedy writes : "It has been estimated that the average life expectancy of a transgender person in Guatemala is 25, and there are, quite simply, no trans people there at all over 35. Trans people are excluded from society and have no access to education or employment, most being forced into sex work to survive, where they become easy targets for extra-judicial killings."

"The problem for Fernanda is that Denmark, the UK and Ireland opted out of an EU agreement to include persecution on the grounds of gender identity as a criterion for asylum.

Despite the best efforts to date by ILGA-Europe
Denmark will not allow her asylum leaving one option. Protest.

Posted by planetransgender at 1:59 PM No comments: