Loren Cameron at a University: What Scares Fox News and Enrages NeoCons

Yesterday fear mongering right wing pandering Fox News published a story with a rather innocuously worded headline but with a dark warning of a transsexual being paid to promote sexually explicate pictures to young minds at the The University of Minnesota-Duluth. 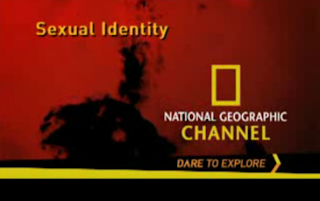 So who is this menace and what is his deal? To learn more we could
watch the National Geographic special about sexual identity: The Art of Loren Cameron and visit Loren Cameron's Website something neither Fox News or the right wing Campus Reform did.

There is a reason for that. Right wing religious bigoted people are scared to death of the truth.

Yes Cameron you do more than scare them you enrage them.

Worthy of mention is that for some reason Fox deemed it necessary to bring up a totally unrelated racial event the university had hosted earlier.

Shame on you Faux News.

Posted by planetransgender at 7:55 AM No comments: