The US envoy to the UN did not return my calls on the 19th of November after I explained to her assistant I needed to know how the US was going to vote on Resolution 17/19  on the 20th.

That's because she knew my country wasn't going to vote  to affirm the worlds commitment against murders like the HUNDREDS of trans people we mourn worldwide every year on the 20th, the TDOR.

The United States abstention is as good as them saying fuck you tranny on our TDOR. We don't care enough about you to at least protest your murders. The Statement by Ambassador Susan E. Rice on the Draft Resolution on Extrajudicial, Summary, and Arbitrary Executions would at first glance make it appear the US voted in favor of holding the world accountable, but we did not. The offical State Department statement is just blowing smoke up our collective asses.

The fact remains our  country did not stand up for trans people at the UN on the TDOR.

Well, the "General Assembly Will Condemn in Strongest Terms Use of Extrajudicial Executions of gay and transgender people" in spite of the United States in reality, not caring.

By abstaining we were in the company of the most murderous countrys in the world for LGBT people. China. Russia. Syria. Lybia. Only Iran voted no. We are now in company with countrys that have no reported transgender murders, not becuse there are no transgender or gay people as they claim, but becuse when we are murdered NO ONE CARES and even if someone did they would not dare report it.

Obama Is this why I voted for you? You know you are on notice now. You better do better than that and yes, I am holding you personally responsible to insure our lives don't become a political hockey puck at the UN or the CIA.

Posted by planetransgender at 11:34 PM No comments:

Email ThisBlogThis!Share to TwitterShare to FacebookShare to Pinterest
Labels: bullshit

Transgender 5th Grader's Ostracizing Saddens Dad, could have ruined his daughter but delights the School's Lawyer.

RSU 26 attorney Melissa Hewey says the school was doing everything in its power to help the child, and meet the needs of the other children at the school. She is happy the judge agreed.

"That's the part of the decision that my clients and I are particularly pleased about," Hewey said. "Because from our perspective the school went above and beyond to try to help this child and to try to help the family, and to be accused of doing something less was really hard on my clients, and it was really a good feeling to have the judge vindicate them." - WCSH Portland

I can tell you from my own experience how cruel and dangerous a school can become when as an adult I was restricted to using the facility bathroom. As part of my transitioning plan in 2007 I enrolled in a medical school but was devastated after being misgendered constantly by the instructors. So I complained, and within days seemingly out of retribution, I was told I could no longer use the women's room by the administration.

That public accommodations denial did nothing to abate the harassment, only made it worst. Instructors and students emboldened by the administrations decision continued to misgender me and when I was out of earshot of others they started whispering threats, tripping me and poking me hard in the back mimicking knife attacks in the hallways.

This makes me sick. This woman is portraying the adult oppressors as victims? What of the Child's life for crying out loud? I think the supreme court ought to seriously consider whether the school's administrators should retain there jobs. I ended up quiting the school, remained un and underemployed to this day working as a cashier and in warehouses. I pray justice will be served for this Maine student and her family. She deserves the life transphobia denied me. Full story at WCSH 6
Posted by planetransgender at 10:58 AM No comments:

TDOR Dear Prudence Question: "He to She" A Transitioning Husband 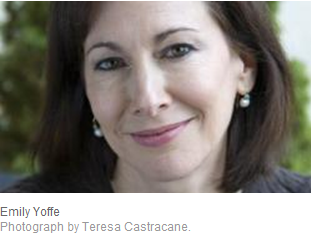 Originaly posted in Slate titled
"He Becomes Her" on Novemeber 20th by Emily Yoffe, aka Dear Prudence, is on Washington Post weekly to chat live with readers. An edited transcript of that chat is below. (Send questions to Prudence at  prudence@slate.com.)

Q. Transgendered Husband: I believe transgendered people should be treated with the same respect and imbued with the same rights as cisgendered people. I have always felt this way, and I have several transgendered friends. Then my husband, whom I love very much, told me he wants to become a woman—or, she has always felt like a woman trapped in a man's body, and if she doesn't begin transitioning, she will be emotionally crippled. Initially, I promised to remain married to her during her transition and for some time afterward, to give our marriage a chance to adjust to her transition and sex change. It has been three months, and as much as I love my husband, I am miserable. To a certain extent, my love for my husband is rooted in his manhood. The more my husband transitions into becoming a woman, the less romantic love I feel for her. I just don't think I can remain her wife. I am heartbroken and feel as though I am a widow, which sounds so dramatic. My husband is emotionally fragile right now, because she's lost some important people to her because of her transition. Everyone commends me for supporting her and sticking with our marriage, so I feel like a fraud now too. She loves me so much; I cannot imagine how to tell her I want a divorce, that she has lost me because she is transgendered. Or is it better to be a bad person and leave? And yes, I am seeing a counselor.

A: Of course people change and grow during the course of a marriage. Marriage would be stiflingly dull if that wasn't the case. But if your husband confesses to you he plans to start growing breasts, he has so materially changed the contract of your marriage that I completely understand that you feel the husband you knew has died. In a way, he has and is being reborn as someone new, and you are not obligated to stay in the marriage under those circumstances. People would not expect you to stay (and you probably wouldn't) if he said he realized he was gay, or he wanted to enter into a polygamous relationship. This feeling he is a woman trapped in a man's body is not a new discovery for him, and he withheld absolutely crucial information from you prior to your marriage. It's great that you still love him and want to be an emotional support for him. But you must be emotionally fragile too, and there is nothing wrong with your realizing your husband's change of life requires you to make your own.

I thought this was a very enlightened question and response, for the most part. But sadly where I saw it posted on the web there was no option to comment available. Many in community have begun transition while in a relationship. I would love to hear you. What's your thoughts about this Q and A.


Posted by planetransgender at 9:38 AM No comments:

TDOR First In The Castro As The Transgender Flag is Flown

The Transgender Flag Flying Over The Castro
On November 19, 2012, in honor of the annual Transgender Day of Remembrance, the trans-flag was flown on the famous Castro flag pole for the first time, offering, as one speaker said, "proof that times are changing." ~ Castro Biscuit

It was a hard fought bitter campaign for trans and our allies as the powers that be in the land Harvey Milk finally relented and allowed the transgender flag to fly instead of the gay pride flag for one day. But will it be the last and only time?

If some gay folks have there way it will be the only time a trans flag is flown over the Harvey Milk Plaza even though different versions of the gay flag fly with some regularity. According to the Castro Biscuit they (MUMC) also declare that this would be the last ‘non-Pride flag to be flown over the Castro’. One member of MUMC went as far to say, “we can’t fly every flag we get a request for-what if the Nazi’s came asked to fly theirs?”

Posted by planetransgender at 12:22 AM No comments: