Stacie Laughton the Trans woman who resigned? She's Running To Replace Herself 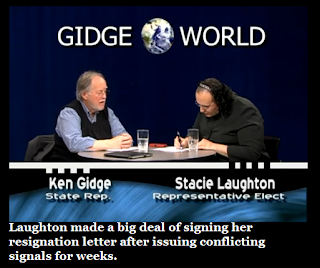 Stacie Laughton, the trans woman who's election I first proclaimed as equal in importance to Obama's reelection (before she admitted to being a felon) has anounnced she is running in the special elections called to fill her seat, to replace herself.

Laughton told the Nashua Telegraph “I haven’t spoken to anybody at the Secretary of State. I have talked to the AG’s office quite a bit and I don’t seem to get much of a response or a statement from them,” said Laughton of her decision to run in her own replacement race.

She also hadn’t heard any ruling on her eligibility to run as a convicted felon.

“I believe that I’m duly qualified and eligible the way the law is written because I’m in the suspended portion of my sentence,” Laughton said.

Fellow Democrats’ reaction to news that Laughton may run again has been mixed, she said.

“I’m confident that I still have a lot of support out there, but as far as with any election, we never can tell how the voters are going to lean,” Laughton said. “Politics can be an up and down game, and ultimately the voters are always right.” Nashua Telegraph


Posted by planetransgender at 1:12 PM No comments:

Transgender and Cisgender woman in the UK, watch out for this pervert.

Paul Reed is not a transvestite as the Swns.com  would have you believe, he's a very, very sick man who puts on womens clothes to satisfy a urge to invade our personal space and even grope us.

My only question is why hasn't he been jailed yet? Why Is the judge going to wait for him to commit another crime?

Posted by planetransgender at 12:50 PM No comments:

Pope Lays The Foundation For Our Murders, Again. 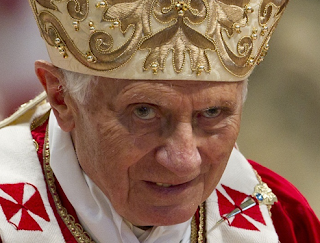 Catholics  celebrate our murders and dehumanization by their leader.

Filled under know your enemies.

The pope in his latest screed twists human gender diversity, a natural occurring condition, validating hate, feeding murderers wrath. Does this man know how out of step he is with mankind's progression?

Has this man ever read the bible? He needs to. I have and I know God and Christ Loves you my Transgender Family!

A couple excerpts from his 'peace speech'

"﻿While up to now we regarded a
false understanding of the nature of human freedom as one cause of the
crisis of the family, it is now becoming clear that the very notion of
being – of what being human really means – is being called into
question. He quotes the famous saying of Simone de Beauvoir: “one is
not born a woman, one becomes so” (on ne naît pas femme, on le
devient). These words lay the foundation for what is put forward today
under the term “gender” as a new philosophy of sexuality."


Benedict frame's the concept of gender as 'new' and go's on to say our ability to understand it as an attack on 'traditional family.

"The profound falsehood of this theory and of the
anthropological revolution contained within it is obvious. People
dispute the idea that they have a nature, given by their bodily
identity, that serves as a defining element of the human being. They
deny their nature and decide that it is not something previously given
to them, but that they make it for themselves."


Hater's need a better reason to kill us than the pope? Nope.

No, what applies now is
this: it was not God who created them male and female – hitherto
society did this, now we decide for ourselves. Man and woman as
created realities, as the nature of the human being, no longer exist.
Man calls his nature into question. From now on he is merely spirit
and will. The manipulation of nature, which we deplore today where our
environment is concerned, now becomes man’s fundamental choice where
he himself is concerned.


I'm going to the kitchen to take my HRT. You can read the full text of the Benedict's speech at the Catholic Herald if you want. Peace out.

Posted by planetransgender at 12:12 PM No comments: 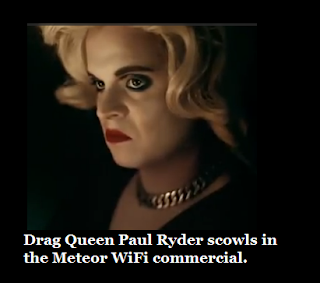 A lesson for Paul Ryder: Transgender People Are Empowered, Again.

The first instance was pretty clear cut. There was no denying that the Paddy Power was transphobic so it took no time for the Advertising Standards Authority of Ireland (ASAI) to deem the ad transphobic compelling Paddy Power to pull it.

The latest instance it was much more difficult to prove harm was indeed intended so TENI called us to respond via twitter and social media. Respond we did but so did a world of of transphobic trolls waiting to argue otherwise.

But this time I found out who one of the actors were and took drag queen Paul Ryder to Task For His Part in the ad.

For my efforts I was harassed, people tried to intimidate me, calling me names, denigrating my humanity. There were even some tweets saying I should be sued.

But the coup de grace was a tweet mentioning Paul Ryder by one of his followers threatening to kick my teeth in. That account was deactivated soon afterwards.

Important to note, I am not declaring war on drag queens but there's a lesson here for people like Paul Ryder. You will be held accountable. If you act to harm us you can no longer drown us out in the media. We will not be cowed by threats of violence. You can no longer hide under the trans umbrella obfuscating the truth.

Transgender people are no longer your prey.


Posted by planetransgender at 10:50 AM No comments: