BC to stop requiring surgery to change gender on birth certificates 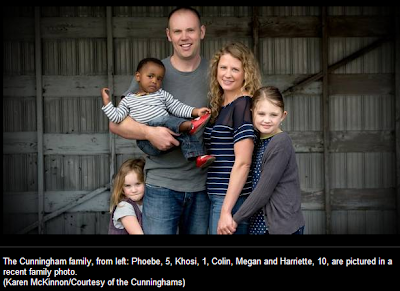 British Columbia is changing their archaic law forcing surgical modifications and sterilization prior to changing ones birth certificate.

And we can thank fifth grader Harriette Camille Cunningham and her family for their efforts in making this happen.

It's been a difficult road full of hardships for ten year old Harriette, but thanks to her family she has persevered.
The The Globe and Mail reported last month that by law, the Grade 5 pupil in the small community of Comox, on Vancouver Island, cannot change her birth certificate until she is old enough to have sex-reassignment surgery. Her birth certificate identifies her as Declan Forrest Cunningham, but her family has filed the paperwork to change her legal name to Harriette Camille Cunningham.

In a letter to her MLA, Don McRae, Harriette has asked for help to change her gender identity on paper without waiting for an operation that she may or may not choose to have years from now, “because in my opinion it really shouldn’t matter.”

That was then, this now! From the Times Colonist article dated October 5th:

A policy change underway at the Ministry of Health will remove one barrier to official recognition of gender identity for transgender people in British Columbia, the Times Colonist has learned.

Sex reassignment surgery will no longer be required before the sex designation associated with a person’s B.C. Services Card can be changed, according to the ministry.

The new policy should take effect by the end of the year, a spokesman said, but the ministry could not specify a date. Health Minister Terry Lake was not available for an interview.

B.C. Services Cards began replacing CareCards in February, and the planned change arose during the discussions surrounding that transition, according to the spokesman.

Matti, another transgender Canadian girl explains what this could mean her

Posted by planetransgender at 11:51 AM

Email ThisBlogThis!Share to TwitterShare to FacebookShare to Pinterest
Labels: BC, Birth Certificate