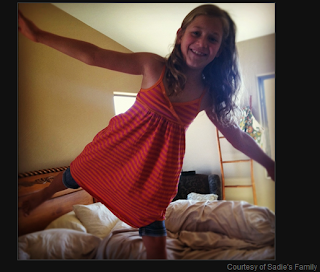 I loved both the video commentary and Sadie's letter to President Obama published on Huffington Post so much I posted both.

"Sadie's dream" written in response to President Obama not mentioning trans people in his 2013 Inaugural speech.

"The world would be a better place if everyone had the right to be themselves, including people who have a creative gender identity and expression. Transgender people are not allowed the freedom to do things everyone else does, like go to the doctor, go to school, get a job, and even make friends.

"Transgender kids like me are not allowed to go to most schools because the teachers think we are different from everyone else. The schools get afraid of how they will talk with the other kids' parents, and transgender kids are kept secret or told not to come there anymore. Kids are told not to be friends with transgender kids, which makes us very lonely and sad."

"When they grow up, transgender adults have a hard time getting a job because the boss thinks the customers will be scared away. Doctors are afraid of treating transgender patients because they don't know how to take care of them, and some doctors don't really want to help them. Transgender patients like me travel to other states to see a good doctor."


Posted by planetransgender at 10:39 PM No comments: 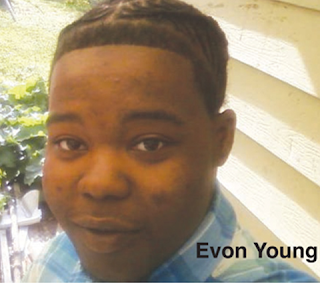 CBS 58 Reports That three others, Victor L. Stewart, Ashanti M. Mcalister and Young's roommate Billy R. Griffin are all charged with substantial battery as party to a crime, and face up to three years in prison.

The criminal complaint goes on to say that Stewart believed Young assisted in the burglary of his and Griffin's residence. The complaint alleges all men in the apartment, Griffin included, began to beat Young in the kitchen. They allegedly got Young to confess to playing a part in the burglary of their apartment.

Stewart told police the group moved Young to the basement before killing him. We're told the gang members used bleach in an attempt to get of DNA evidence in the basement.

"The criminal complaint refers to Evon Young as Ebony Young, his given name. Evon was a woman living his life as a man. It does not appear that Young's sexuality gender expression played any part in the homicide."