In one year, I got pregnant with my boyfriend and I gave birth with my trans girlfriend. 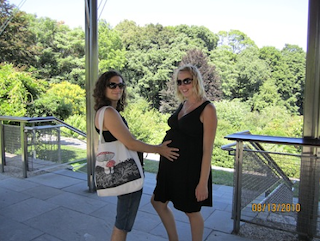 A receipt for what? Disaster? An amazing story? So what happened? Did Evan's partner freak? Did they stay together? Really? I won't spoil that for you. Read Erin Ryan Fitzgerald's article on XOJane and find out.

But what about Evan and her transition? Who is this person? Dig. Evan Greer is a radical genderqueer singer/songwriter, parent, and community organizer based in Boston. (S)he writes and performs high-energy acoustic songs that inspire hope, build community, and incite resistance! At 27 years old, Evan tours internationally as a musician and facilitates interactive workshops to support movements for justice and liberation.

Posted by planetransgender at 8:47 PM No comments: 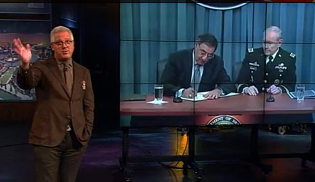 Conservative radio host Glenn Beck on Thursday blasted the Pentagon’s decision to lift the ban on women serving in combat roles by warning that the enemies of the United States would not “cower in defeat because we have a female, Hispanic, Eskimo, dwarf cross dresser and some handicapable, transgendered breast cancer survivor as a soldier on the front line.”

“Nobody wants to be a pig, nobody wants to say the unpopular things, we just want to talk about the truth tonight,” Beck explained at the top of his Thursday broadcast. “If a few feathers are ruffled, oh well.”

“This is the dumbest idea I’ve ever heard,” he continued. “The military is not designed to be beacon of equality, it’s designed to defend the country in times of danger. And quite honestly, war is the act of killing each other. And to win, you have to kill people faster than the other team. That’s what war is all about.”

“The enemy is not going to cower in defeat because we have a female, Hispanic, Eskimo, dwarf cross dresser and some handicapable, transgendered breast cancer survivor as a soldier on the front line ready to unleash an attack of unparalleled diversity. Nope, that’s not going to do it. You gotta kill them. That’s how you make people cower in defeat.

This man is such a asshat. When my MOS was reclassified from combat to administrative it allowed woman into my job much to my horror. Quickly I found out that size does not determine determination and guts. I am extremely proud of the woman in my section who showed me exactly what they are made of. I would proudly go, as a transgender woman with any of those cisgender woman into combat.

Posted by planetransgender at 6:47 AM 2 comments: