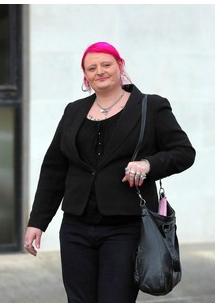 Nadine Williams, a transgender woman has been cleared of rape and two counts of sexual assault which she was accused of committing  before transitioning while presenting as Dean, a male.

Ms. Williams who spend 6 months remanded to pretrial confinement with men while waiting for the trial simply said she was relieved the "torment" was finally over.

The unfortunate articles I've seen to date have misidentified Nadine as a 'transgender man,'  further adding confusion by misgendering with male pronouns.

But as a testament to her character Nadine told The South Wales that while waiting trial she "worked to try to make the prison trans-friendly" and decided to make her tribulations public knowledge to help people understand the transgender community.

The  Swansea Crown Court archives don't give details only stating that the case was closed.

She now wants to move on with her life and continue her journey.

"I can now rebuild my family life," said Miss Williams.

"I am cleared and I have been vindicated," she said.

But she said the road for her could still be hard.

"There could be lasting effects to me, my family, my close friends and the whole transgender community. I just hope people will understand and let me get on with my life."

Read more at This South Wales 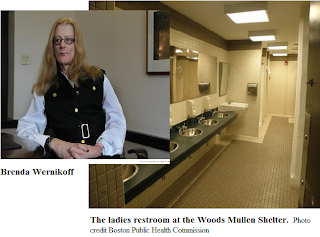 Trans woman Brenda Wernikoff had been staying at the Boston Woods Mullen homeless shelter for a year when a employee called the police on her for using the ladies room.

According to the Lawsuit she was arrested and humiliated, made to strip and jump up and down for the officers who then called her by male pronouns. 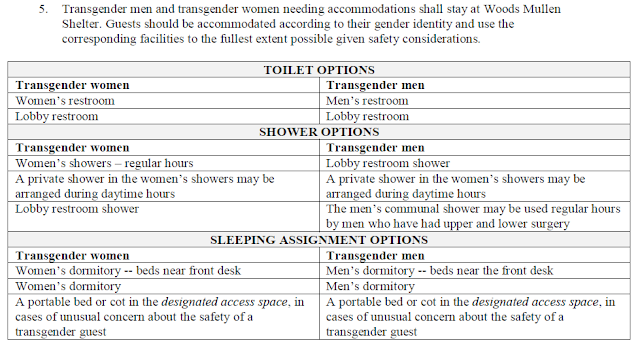 It's been my experience with Dallas Homeless Shelters they can be extremely reluctant to include transgender policies. Many claim its a simple lack of physical safe space but the reality is as we see here, it's more often than not a case of embedded transphobia.

Have shelters changed that much since 2004? Not really. Lesbians and Transgenders (still) Struggle for Shelter


Posted by planetransgender at 1:25 PM 2 comments: Links to this post

They Love to Function In the Dark. We'll Humiliate Them Forcing Them Into Sunlight: Oklahoma Legislator On LGBT Health Care 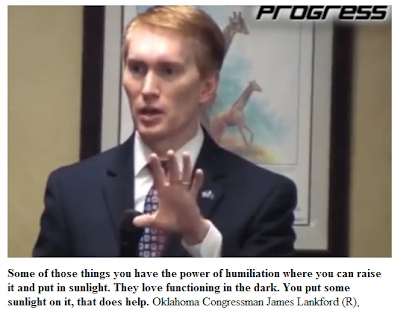 * Note: I changed the title from "Transsexuals" to "They" after a number people commented they thought the title was misleading. After watching the video a number of times I still believe Lankford didn't specify who "they" were, leaving that to speculation. I believe the "they" Lankford was alluding to is the LGBT people, specifically the addicted among us.

Source Think Progress: The fifth-ranking House Republican took a shot at the LGBT community at a recent town hall, saying he wanted to use “the power of humiliation” to undermine a program that helps individuals who need substance abuse treatment.

Rep. James Lankford (R-OK), who at the same Oklahoma City meeting earlier this month blamed gun violence on “welfare moms”, took a question from anti LGBT state legislator Sally Kerns about a program that counseled LGBT individuals with substance abuse problems. The woman accused the Substances and Mental Health Services Administration of “pushing the homosexual agenda” and “indoctrinating our citizens.”

Lankford agreed with the woman’s concern, vowing to open an investigation into the matter. “They love functioning in the dark,” the Oklahoma Republican said of the LGBT program, promising to use “the power of humiliation” to uproot it.

The only one being humiliated is you Lankford and possibly some of your constituents when they realize you such a bigot who may turn on them some day. Kerns, its more than obvious that you understand mental health leads to sobriety and safe sex which of course you oppose for LGBT people. You would be very happy to see AIDS continue to decimate us.

LGBT people face life threatening addictions, its a fact. Many like myself before transition turned to drugs to escape reality. Early in my sobriety I saw my transsexuality as a curse. I've been clean and sober for 23 years now thanks to god and AA. But now there's real hope for our affected population regardless of  faith beliefs or interventions of a  higher power thanks President Obama leadership.

Its called the Substance Abuse Mental Health Administration which is conducting conferences country wide to help educate mental health providers opening the door to our elevation from despair, drug dependency and suicidal thoughts.

SAMHA is opening the skylight enlightening health care providers about the obstacles LGBT people find when seeking help. However, there were a couple things I find troubling in the teaching PDF. There was a marked brevity in explaining gender expression and identity and I could not find the word 'transphobia' in the PDF. Instead the authors chose to describe our discomfort with societal misconceptions as 'homophobia'. 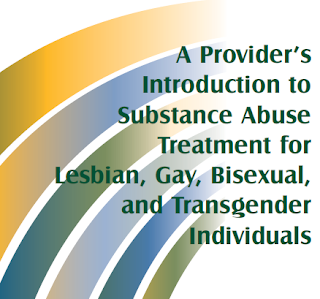 "Due to homophobia and discrimination against LGBT individuals, some may find it difficult or uncomfortable to access treatment services. Substance abuse treatment programs are often not equipped to meet the needs of this population. Heterosexual treatment staff members may be uninformed about LGBT issues, may be insensitive to or antagonistic toward LGBT clients, or may falsely believe that sexual identity causes substance abuse or can be changed by therapy. These beliefs by providers become barriers to treating the LGBT client."

In any case its a great teaching tool.

Posted by planetransgender at 10:32 AM No comments: Links to this post