"We are a group of individuals brought together through our fraternity and we are here for one reason: to support the brothers of our organization. Yesterday we were informed that one of our prospective brothers, a transgender female to male, was denied the opportunity to recieve financial support from his insurance for top surgery."

"We are now trying to raise that money for him. We are doing this as individuals in an organization rallying around another individual. This endeavor is not being sponsored by the organization as a whole, rather the active members within it."

"We care deeply about each and everyone, and rely on the entire active brotherhood to stand behind any one individual when they are in need."

Posted by planetransgender at 11:22 PM 3 comments:

Trans ICE Detainees: Our Acquiescence Condemns Them To Be The Forgotten 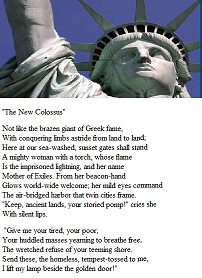 The video is of Ms Bamby Salcedo of the Trans Latina Coalition presenting at the 2013 LGBT Journalist Conference in Philadelphia February 2013. Ms. Salecdo came to the United States seeking nothing more than what everyone here desires, freedom to live her life authentically.

What she found was alienation, poverty and sexual assault at the hands of the people who entrusted with the safe guarding of our borders. When I asked Bamby how it is that she has become a Transgender aids activist addressing this room of journalists today she replied " because she was a empowered woman, even back then, the system was forced into giving her a chance releasing her from incarceration and deportation.

I then asked Bamby what we could do as journalists to get the stories of  the trans people who are currently held by ICE published. She explained with sadness in her voice that most trans woman in ICE detention are too scared to tell their stories out of fear that might further jeopardize there chances at remaining in the United States. Further more she explained we wouldn't be allowed to visit them in the first place.

So is this the fate these woman who passed under Lady Liberty who in reality is transgender? Are we to remain silent?

The original Statue of liberty, some would argue, was a statue of the Greek Titian Colossus commissioned by the Egyptian goverment with decidedly male features.

The New Colossus, Emma Lazarus's Sonnet found on the base of Lady Liberty, is about the transition of Ms Liberty who's roles changed from warrior to welcomer and from male to a female transgender woman.