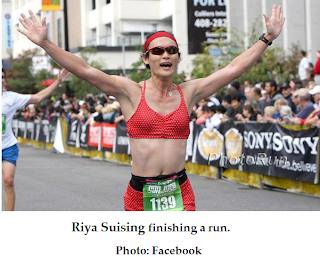 Marathon runner transgender woman Riya Suising often visits Korean Spa's after a workout utilizing there hot and cold baths to help relax muscles after a run. But last year she was astounded and humiliated after a manager of Fairfax Spa World told her she had to leave.


“I was mortified,” she told FairFax Times February 22nd. “It was obvious that this business discriminates against any ‘abnormal appearing’ persons, specifically against LGBT people, and likely against anyone else not appearing up to their standards.”

The Better Business Bureau opened an investigation, and on Jan. 28, Spa World representative Sang Lee responded to the BBB in writing by stating “It is our policy to not accept any kinds of abnormal sexual oriented customers to our facility such as homosexuals, or transgender(s).”

The Spa World written reply goes on to say that the spa stands by this policy for the sake of young children who utilize the facility. “Also, for the safety and the comfort of young children at Spa World, we strongly forbid any abnormal sexual behaviors and orientation in our facility. Despite the controversial issue of homosexuality and transgender, it is our policy to not accept them,” Lee wrote. Lee did not return calls seeking further comment.

James Lee, a manager on duty at Spa World, told LGBTQ Nation on Friday that the incident was a result of misunderstanding and a language problem.

“The Korean-English barrier just made a small miscommunication, Mr. [Sang] Lee meant to write only that sexual activity, either gay or straight, is not allowed at Spa World,” said Lee. “There was a woman inside of the woman’s sauna, and we had many complaints about that particular person, stating there was a man inside of the woman’s locker room.”

He did acknowledge that a transgender woman using Spa World’s bathing and changing facilities doesn’t violate the spa’s policy, however, but that Suising “caught us all off-guard,” he said.

Lee said that the business will welcome and allow customers of any sexual orientation or gender identity, and that in the future, transgender customers will not be asked to leave.

The LGBTQNation article says they will welcome transgender and gay people however I couldn't find anything to indicate that they would on the facebook page Boycott Spa World .

Pursing the Spa World Facebook I couldn't find a new policy statement only complaints about the Spa's broken down facility, 100% increases in daily fee's and angry customers comments.


Posted by planetransgender at 8:27 PM No comments: Links to this post

Dr. Jim Sear's Excuse is Not An Apology For Transphobic Bashing of Coy Mathis 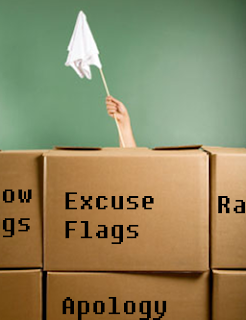 Dr. Jim Sear's offered an excuse for his transphobic opinion he expressed on the 27th issue of CNN Newsroom when questioned about how he felt about a transgender girl using the same bathroom as cisgender girls:

SEARS: I have three kids, a daughter and two boys, and as when my daughter was that age, I would have been very uncomfortable if there was a boy with a penis walking around their bathroom. And you say that the stalls are private. You know, at that age, most boys especially will use the bathroom then leave their pants down while they walk to the sink to wash their hands and then pull it up. So it's going to be very uncomfortable for the other girls seeing a penis in their bathroom.

SEARS: She has a penis, though.

From Glaad who opened the apology flag box and ran one up the pole:

Glaad: We received several incident reports about the segment and reached out to Sears, who apologized for his comments and said he was drawing on the wrong experience.

Sears: "I made my comments based on the fact that I would be uncomfortable if there was a boy, who acted like a typical boy, in the girls' bathroom with my daughter. I understand Coy as transgender is not likely to display those same tendencies. I do not know Coy or her family personally, but I do apologize for implying she may display the same behavior as I have seen with young boys her age. Coy has shown a tremendous amount of maturity and courage for her young age and I wish her and her family all the best."

Glaad: We thank Dr. Sears for his timely and thoughtful response. This statement from Dr. Sears underlines what is probably the most important (and yet simplest) lesson that we are trying to get across by telling Coy's story - transgender girls are girls. Simple as that.

Its not "simple as that" Glaad! First of all if it had been a heartfelt apology Sear's would have posted it to his twitter or blog and it was not. It only showed up on Glaad's blog, a bone thrown. It's painfully obvious to everyone an apology from a bigot means squat when a person is simply saving face. If Sear's had said he was surprised he felt that way and was in the process of confronting his transphobia, now that would be a meaningful message.

It's clear Dr. Sears still holds the outrageous belief it's typical behaviour for cisgender boys to emerge from a bathroom stall with their penis hanging out. The truth is Sears who holds great sway with parents of adolescent children made that comment in context to a transgender girl in the girls room and until he addresses his internalized transphobia and comes clean about it nothing has changed.

Without sounding totally unappreciative of Glaad I think think it's time for them to open the right flag box.

Posted by planetransgender at 6:20 PM No comments: Links to this post