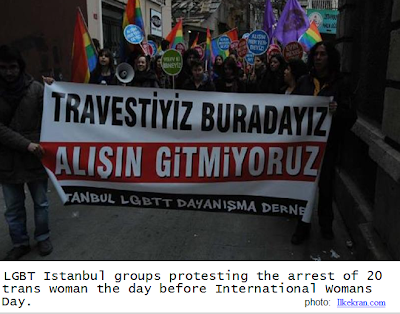 Gay Star News originally reported that police in Istanbul had broken down the doors of three homes with sledgehammers the day before International Women's Day, celebrated on March 8th.

It is reported that officers from the Beyoglu police station smashed the doors down without as much as a warning to the occupants, then arrested all of the transgender woman in the houses on suspicion of "providing space" for sex work. Most recognize that the timing of the attack was transphobic in nature and was meant to further intimidate and ostracize the trans woman.

Turkey has legalized prostitution but transgender woman are banned from the brothels forcing them into working outside the law to survive. It has been said that the woman in these houses had come together for safety but now that the houses have been demolished they will be forced onto the streets.

This is no less than a death sentence as Turkey has the second highest murder rate of transgender woman second only to Brazil.

According to Ilkekran.com Group spokesman Star Tar read by the statement:


"trans homes forcibly entered by breaking doors with a sledgehammer. Fanning the flames of the State transphobia, transgender yönenelik has been destroyed and assimilation policies. Transphobic police practices and an end to all the anti-sex workers and transgender sex workers safe Feast Street, We want to ensure the exploitation of the labor of the right to live by the work environment. Officials urge to abandon his policy of Bayram Sokak "the statement said." [google translate]

Posted by planetransgender at 11:04 PM No comments: 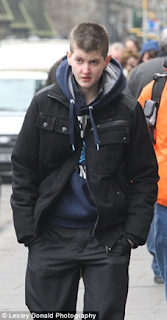 Chris Wilson a Scottish trans man was convicted March 6th of obtaining sexual intimacy by fraud because he didn't reveal his trans status to partners. I have been unable to obtain court records so it's unclear whether he is also being sentenced for having sex with minors. According to GSN every trans person in the UK might face similar charges if they do not reveal there trans status to potential sexual partners before sex.

British tabloids true to there reputation are framing his stealth as "trickery". Talk about a setup for permissible trans panic murders.

Scottish Trans spokesperson Nathan Gale told Gay Star News they are very concerned especially since a British teen was jailed last year for supposedly disguising herself as a male to date females.

Wilson is currently out on bail awaiting sentencing.
Posted by planetransgender at 11:16 AM No comments: 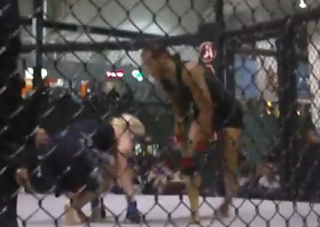 Just to keep this in focus, we are talking about  a bare taped knuckle (practically) no holds bared beat your opponent to a pulp sport Fallon Fox is good at. Maybe great at.

Do we as trans woman idolize her? Do we place violence on a pedestal and worship it as an end all solution? My first reaction after watching this video was to become a little ill. Violence has always done that to me but then a totally unexpected feeling began to filter in.

I felt empowered. I thought how many times have I felt helpless as I watched that video of Chrisy Polis getting beaten in that Maryland McDonald's and wished I could have been there to help her.

I can identify with Fallon Fox. I began a warehouse job I'm at now pretty out of shape and unfeminine in many ways. The past two years I have transformed my body with a steady regiment of HRT but more than that. I have been working out and running daily so now I have boobs, ass and muscles.

The job that was so challenging before? Now it's is now a piece of cake. The thing is that now instead of admiration I get jealously from woman coworkers.

They say I have a unfair advantage as a trans woman. GOOD GRIEF! So GO FALLON FOX! Get into that cage and demolish your opponents. I'll be ringside cheering you on.

Posted by planetransgender at 9:59 AM No comments: