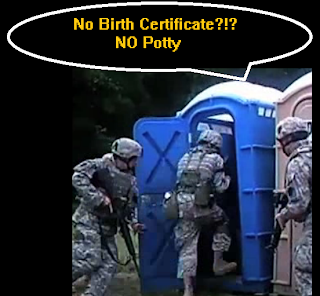 Rep. John Kavanagh has submitted an amendment to the states disorderly conduct classification effectively making transsexuality illegal. This amendment is being snuck into a bill that has to do with providing an executive director to the board of licensing for massage therapists.
Many believe the amendment is in response to Phoenix adding trans protections which was seen as a stab to the heart by some the most venomous anti LGBT groups in the nation such as Az Policy Institute which happen to be based right in Rep. Kavanagh's back yard.

Rep. Kavanagh told KNAU public radio"...it will not be necessary for people to carry that (a birth vertificate) around, any more than it's necessary for someone entering a men's room or women's room now to produce documentation. "But if you go into a public shower," Kavanagh said, "and you're a male and it's a female public shower, and the police are called, well, you'd better be able to prove that you're a female and not a male. Otherwise, you're going to go to jail, which is where you belong."

read more after the jump
Posted by planetransgender at 10:22 PM No comments: Links to this post 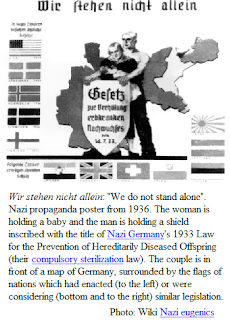 In Japan the right to legal sex change in case of transsexual has been approved by legislation in 2004. The legislation only allows the person who has no children in addition to having undergone the sex reassignment surgery. The condition is amended in 2008 to "those who has no child under 20 years old", but still sterilization and sex reassignment surgery is compulsory to legal sex change.

Compulsory sterilization, also known as forced sterilization, programs are government policies which attempt to force people to undergo surgical sterilization. In the first half of the 20th century, several such programs were instituted in countries around the world, usually as part of eugenics programs intended to prevent the reproduction and multiplication of members of the population considered to be carriers of defective genetic traits. Widespread or systematic forced sterilization has been recognized as a crime against humanity by the Rome Statute in the Explanatory Memorandum. This memorandum also defines the jurisdiction of the International Criminal Court.[1][2] Despite international agreement concerning the inhumanity and illegality of forced sterilization, it has been suggested that Government of Uzbekistan continues to pursue such programs.[3] Also, in many countries, transgender people are required to undergo sterilization before gaining legal recognition of their gender. ~Wikipedia

Thank you Madam/Mr. President, This statement is also on behalf of Gay Japan News and Rainbow Action. We welcome the responses of the Japanese government to the recommendations made by the governments of Argentina, Canada, Norway, Switzerland and the United States requesting to prohibit and eliminate discrimination on the basis of sexual orientation and gender identity and protect the rights of lesbian, gay, bisexual and transgender people. We appreciate that the Japanese government has taken positive steps in recent years towards protecting the rights of LGBT people by changing relevant policies. Such changes include issuing the legal document certifying one’s single status when one attempts to marry abroad whether it is same-sex or opposite-sex couples. Inclusion of mental health of sexual minority population in the national policy on suicide prevention is also one of these changes. However, sterilization requirement of transgender people in the Law on Special Provisions for Handling People with Gender Identity Disorder, lack of anti-discrimination legislation including on the basis of sexual orientation and gender identity as well as social stigmatization remain great challenges towards achieving equality and wellbeing of LGBT people. We are also concerned by the government’s decision to reintroduce the supplementary teaching materials for moral education in elementary and junior high schools that says being attracted to someone of the opposite sex is natural. This reinforces heteronormativity and excludes non-heteronormative pupils. We call on the government of Japan to take concrete steps to implement the recommendations to protect all people regardless of sexual orientation or gender identity. We will be happy to share our expertise in this regard. Thank you Madam/Mr. President. Azusa Yamashita March 14 2013


Posted by planetransgender at 8:29 AM No comments: Links to this post