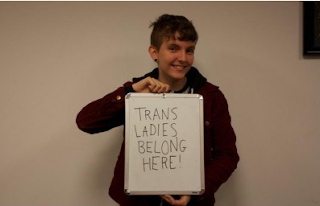 In what amounts to forced eugenics, Smith College has told a transgender applicant she must complete sexual reassignment surgery as a requirement before she can attend the school. The Smith College Trans : policy would appear it is a welcoming place. 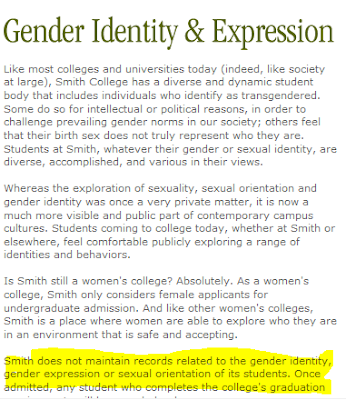 From Calliope Wong blog "But in order to be legally recognized as “female” on my birth certificate according to BOTH Massachusetts and Connecticut law, I have to undergo vaginoplasty (feminizing genital surgery). From what I understand, Smith College will only evaluate me as a “real” girl if I get sex reassignment surgery."

"If I understand Smith correctly, this is perhaps the most obscene of rights violations that I have ever witnessed from a school. It’s not a loud and boisterous violation, which is all the worse: its sly wording hurts just as much but is hard to detect. By simply stating that only “females” may be allowed to apply and attend Smith, Smith College sets the bar for transwomen applicants impossibly high."

-transwomen are most likely not ready for surgery at 17 or 18, the typical age of a college applicant. It’s a monumental personal decision that usually arises from years of introspection and deliberation.

-transwomen may not even feel the need for genital surgery. Some transwomen do not experience extreme dysphoria about the state of their genitalia, and opt not to undergo vaginoplasty.

-genital surgery is notoriously expensive (several tens of thousands of dollars, easily), and many transwomen cannot afford to pay for vaginoplasty at this point in their lives."

Posted by planetransgender at 10:29 AM 3 comments:

What NOW? A Trans Skateboarder? Ready Or Not Her She Comes!

Given the push back MMA fighter Fallon Fox has received for asking to fight people of her own gender it begs the question asked by JENKEM: Is the world ready for a transgender skateboarder? Photos are awesome and the writing superb. Check out her story here. 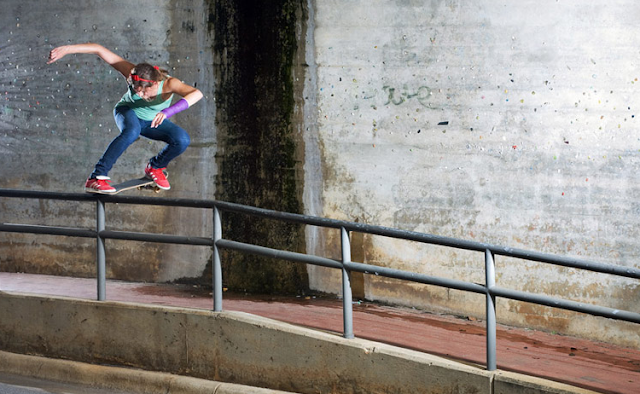 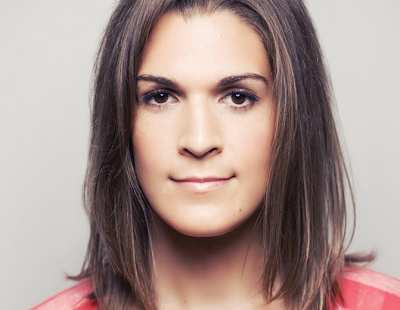 Posted by planetransgender at 10:01 AM No comments: