In the state of Texas it is legal and common practice to fire, refuse to hire, or otherwise discriminate against someone in the workplace solely based on their sexual orientation, gender identity, or gender expression.

Texas Senate Bill 237 "The Fair Employment Act" Seeks to create a workplace safe from these types of discrimination.


After numerous phone calls, petitions, and emails SB 237 still sits in committee. Fearing that the committee would not budge
GetEQUAL TX Activists payed a visit to the 4 senators who are holding it up.

5 of those activists were arrested for daring to speak truth to power. Join the movement for full equality in all matters governed by civil law.

Posted by planetransgender at 7:55 PM No comments: 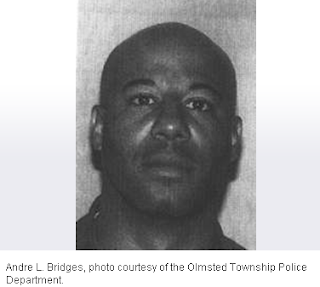 Andre L. Bridges, 36 was arrested Saturday at his home in Parma, Ohio by police and the FBI.

Cemia Acoff, a transgender woman was found tied to a concrete block, underwater in a pond, her body badly decomposed on April 17th.

*Trigger Warning. The source used for this post, News net5, misgenders Cemia repeatedly using her birth name and making no mention that she was a transgender person undoubtedly parroting the atrocious original article published by the Plain Dealer.

You can read the News Net5 article "Arrest made in case where dead body was found in pond, tied to concrete block/steel pipe" here. 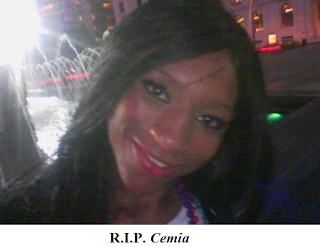 Posted by planetransgender at 5:18 PM No comments:

Ted Diadiun the Plain Dealer Reader Representative has been left wondering and stunned at the outcry over the trans toxicity of his papers three stories describing a murdered transgender woman as the "slaying of a oddly dressed man".

Diadiun wrote "The story was in the paper when they were made aware of the change in AP style, but editors hurriedly went back into the online version, taking the words "oddly dressed" out of the headline and making the references gender neutral. Along the way, in some references to the body, "he" became "it," until that was changed -- which only served to increase the ire of some readers." 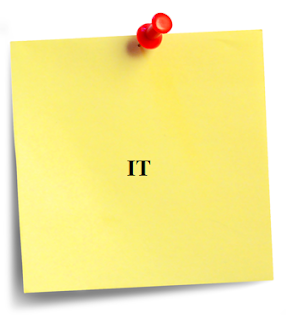 Mr. Diadiun when you die do you have anything readied to identify your body? In case you don't I have prepared a stickum note for your forehead. No reason to thank me, "it" is the least I could do. The least you could have done was to call Cemia by her correct gender and name in her death.....

Why twist the dagger of transphobia Diadiun? You reposted a mug shot of Cemia despite knowing full well your readers objected to you doing that. Why? Don't you get it? There are pictures available for you to use that show Ce Ce as a happy human trans woman. That image like her authentic name is what she wanted people to know her when she was alive. Diadiun, the least you could do would be to honor that simple wish in her death.

If the articles were about a rich cisgender woman with a few minimal legal entanglements in her past that have nothing to do with the present situation, like driving without a license or skipping a bus fare, would you have posted those irrelevant mug shots of her in three consecutive articles about her murder? That's fucking bullshit, and now you know that too.

When the story was published, Caniglia and his editors began to get emails from all over the country, objecting to the tone of the story, the use of male pronouns, the description of Acoff's clothing and the recounting of his criminal record.

Some were cordial. Some were profane. Some were threatening. Nearly all were angry.

"I was trying to be as sensitive as possible," he said. "I never had a thought to be unfair or hurt somebody who was already brutally slain."

"SENSITIVE"! OMG don't even think about playing the victim card Diadiun. Caniglia wrote three articles each progressivly more transphobic. Writing those articles that way was all about getting the public's attention, pandering to transphobs and getting free plublicity angering trans people. I will call you out on that. Bullshit.

"The AP style change is understandable, but perplexing."

"Where do we draw the line?" said Chris Quinn, the editor in charge of the paper's local coverage. "What's a cop to do when filling out the gender form of a police report? What's a census taker to write? What about a driver's license?"

Quinn said future stories will say something like, "Acoff self-identified as a transgender woman so, for the purposes of this story, will be identified with female pronouns."

I am relivied your editor read the style guide but I am appalled he hasn't bothered with it for so many years. I hope in the future your paper will respect transgender people in life and death.

In the meantime Mr Diaium you and Mr Quinn should pay attention to what the Columbia Journalism Review wrote about your paper. You will know where to "draw the line and maybe you won't be quite as 'perplexed' about angry virtiol you received about your trans toxic articles.

About Me (from his profile on the PD):
As the reader representative, I encourage comments, complaints, suggestions, compliments, debates, questions about fairness or anything else dealing with The Plain Dealer that a reader might want to talk about. I respond to calls and e-mails, and write a Sunday column about whatever strikes me as the most interesting or intriguing journalistic issue of the week. You can reach me through e-mail at tdiadiun@plaind.com or by phone at (216) 999-4408.

Posted by planetransgender at 3:09 PM No comments: 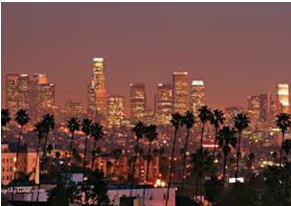 
I have been renting an apartment to a man named Michael, who recently asked me to start calling him Michelle because, he says, he now identifies as a woman. He has also started wearing makeup and women's clothing.

Both the name change and the change in dress make me uncomfortable, and I'm worried that it may make my other tenants want to leave. At least one of the other tenants has commented about the "freak" in Apartment 201 and has asked me if the "freak" has any plans to move out.

Michael has been an otherwise good tenant for several years. I don't really want to terminate his tenancy, but I don't think I should be forced to call him anything but the name he listed on his rental application. I also don't want him to stay if his behavior will provoke the other tenants. What am I allowed to do?

Continue reading the LA Times for the answer. The Times did not include the links to the laws below.

In California It shall be unlawful for the owner of any housing accommodation to discriminate against or harass any
person because of gender identity. Cal. Gov’t. Code Section 12955(a)

.
Posted by planetransgender at 1:05 PM No comments: