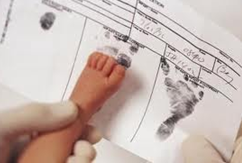 Currently the District of Columbia requires Sexual Reassignment Surgery and three weeks of advertising in local news papers before a transgender person can amend their birth certificate. But that's all about to change.

NBC Washington reports: The D.C. Council Judiciary Committee voted to wipe away a lot of those restrictions on sex identity changes, approving a proposal that would require only a certified statement from a medical doctor and would eliminate the publicity and surgery requirements.

“I'm proud that we are doing this during pride week,” Councilmember Tommy Wells said. “It's a time when we recognize equality among all District residents.”

Posted by planetransgender at 11:02 PM No comments: Links to this post 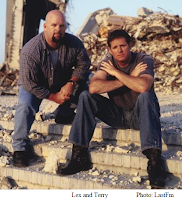 Update 6/7/13Today, Cristan Williams over at the TransAdvocate was notified by the SiriusXM Senior Vice President of Communications, Patrick Reilly that Lex and Terry show had been pulled from the SiriusXM network. “As you may already be aware, the Lex and Terry show is no longer on XM. The show was dropped yesterday, Thursday, from the Extreme Talk channel on XM. That’s the channel under the control of Clear Channel.”
Cristan also reports that Glaad has been in contact with the Lex and Terry show and have been promised an official apology is forthcoming. Clear Channel has yet to respond.

+++++++++
posted 6/6/2013
Yesterday I was alerted via a tweet by TransAdvocate about a conversation heard on SiriusXM advocating for and approving of a recent hate crime against a local transgender woman.

On Friday (06/03/2013), the Lex and Terry show began discussing the shooting of a Tampa transgender woman that is being investigated as a hate crime by police saying, "There’s a teen that shot a tranny after finding out that it was a man after they had a little sexual encounter. A co-host responded, I don’t blame him. I would have shot his ass too."

Lex and Terry were offering encouragement to others to commit a criminal act. Not just any criminal act but a hate crime targeting transgender people so I retweeted TransAdvocate.

Much to SiriusXM credit they apologized immediately to me via a tweet for the content of the Lex and Terry segment but let it be known they are only the messenger, one obligated by contract.

But we havem't heard back from the company responsable for the content of the Lex and Terry Show, Clear Channel.

We seriously need to address this being Pride Month and all. 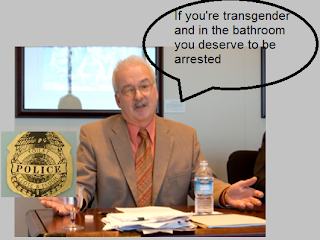 The Arizona transgender community is sighing in relief as they can continue using the bathroom peacefully until such a time that Rep. John Kavanagh should reintroduce a bill making these ongoing bodily functions illegal. Pee in Peace Arizona. (or at least until the next legislative session anyways)

(AP) The sponsor of an Arizona bill targeting transgender people who want to use bathrooms of the gender they identify with says he's giving up on the issue this Legislative session.

Republican Rep. John Kavanagh said Wednesday there's concern in his caucus about some of his proposal's definitions, so it will have to be shelved until next year.

Kavanagh caused a national uproar in March when he proposed the bathroom privacy language.

After an outcry from advocacy groups, Kavanagh changed the measure to instead shield businesses from civil or criminal liability if they ban people from restrooms that don't match their birth sex.

Posted by planetransgender at 12:09 AM No comments: Links to this post