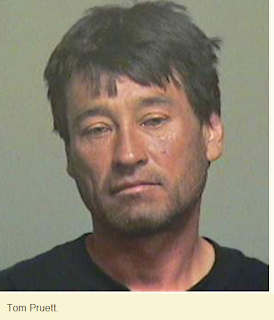 Wisconsin Gazette reports: "Authorities have arrested Tom Pruett of Appleton in connection with the assault. Pruett faces a charge of substantial battery-hate crime, a felony, and disorderly conduct-hate crime."

The Fox Valley & Oshkosh Lesbian, Gay, Bisexual, Transgender, Queer Anti-Violence Project (AVP), in a press statement, said, “We applaud the actions of Appleton Police Department and the Outagamie County district’s attorney’s office for their swift and thorough response and their sensitivity to the victim of the crime.”

The defendant, according to the AVP, used slurs, assailing the victim’s perceived sexual orientation and gender identity while committing the physical assault.

Kathy Flores, of both the AVP and Appleton's diversity coordinator, said the individual, who identifies as gender variant, was in the park at about 7:30 p.m. when the assailant began shouting "faggot" and "queer" and began beating the victim.

She said the victim suffered a broken orbital bone and suffered massive bruises, contusions and was bleeding. She also said that the defendant, who was homeless, had punched the victim in the eye the night before.

"We still have so much hate against people just trying to be themselves," said Flores.

Pruett made a court appearance on June 5 and is scheduled for a preliminary hearing in court on June 13.


Man charged with attacking transgender person
Posted by planetransgender at 10:46 PM No comments: 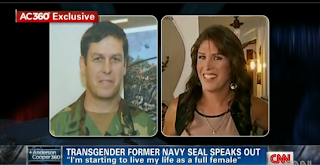 AC: It must have been hard keeping this inside yourself. If it got out that you were transgender during those 20 years, what would have been the outcome?

Beck: I don't know I might have ended up dead.

Posted by planetransgender at 3:56 AM No comments: