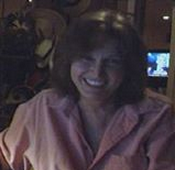 I can't say how many times I in delighted in the antics of the WKRP crew. Being a native of Ohio it gave me something to laugh about in our otherwise flat and boring state. WKRP was unique, warm, endearingly daringly transcending racial and gender boundaries long before it was cool to do so. That was also long before I came to terms with my gender identity, long before doing so was a possibility in that ultra conservative state.

Or so I thought.

But not to PJ. She transitioned long before it was acceptable to do so. Long before the surgical operations were perfected. Long before HRT dosing became a science and she paid for it with her life suffering liver failure and complications from her SRS only 10 years after transitioning.

But there is an amazing tribute to PJ Torokvei,  at The Hollywood Reporter which was penned by Stan Brooks, a writer, director and Emmy-winning producer who was one of Torokvei's closest friends and collaborators.

PJ came out in a birthday letter to her friends at age 50. Brooks like many of PJ's friends was expecting a punchline after this news from his old friend but none came. Brooks was cool with it but PJ's life was forever changed, lessened by the loss of so many of her friends who couldn't understand.

Now I know why I loved WKRP so much so long before I knew who I was.

Posted by planetransgender at 9:00 PM No comments:

ENDA Gets Through Senate Committee A Historic First. So What Now? 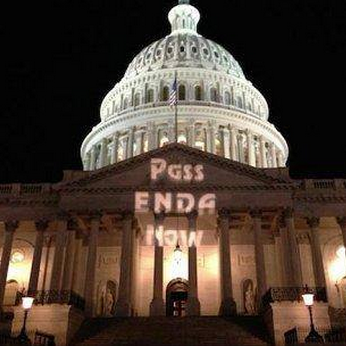 Mara Keisling of the NCTE was kind enough to invite me to a media conference call this morning regarding the forthcoming ENDA S815 committee vote. Pretty much as she predicted ENDA was marked up this morning with the bipartisan support of Republicans Orrin Hatch (R-UT), Lisa Murkowski (R-AK), and Mark Kirk (R-IL).

I think I could speak for every trans person on the planet when I say WE NEED this to become law, and for myself especially number 2.
I can't tell you how many times since finally going full time post transition that I have watched new hires zip past me to a better paying job for doing the same OR less than what I do. That sucks. Seriously, the cotton ceiling Sucks because it comes at you from all directions, cisgender woman and men. Bosses. Co Workers alike. Talk about posses.

So now ENDA is making history by making it to the Senate Floor, but will it even get voted on their? Mara believes the chances are it will but when I posted on Facebook that it faces a dysfunctional death march in the republican controlled House Mara simply agreed at least in part, by 'liking' the status. In any case huge thanks go out to Mara and crew for riding herd on this.

We are making progress? Of sorts and sometimes that's a goal. But mostly, this was a opportunity to post this really cool picture I saw on Glaad blog.

So why are Republicans house members so opposed to ENDA which essentially guarantees the most religiously biased constituents exception in cases of discrimination? They are afraid that young tea party peons will take their jobs. That and plain old hate. Can't fix hate with nothing. Not with love. Not with money. And evidently, not even with exceptions.
Read what ENDA is and what it ain't at Media Matters.


Posted by planetransgender at 12:50 PM No comments: 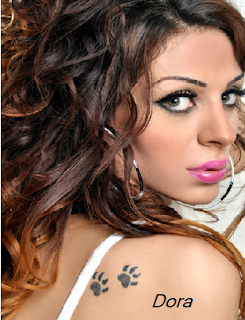 I was contacted via twitter by the first and as of this time the only Turkish transgender TV reporter Michelle Demishevich, who told me of some terrible news. A well known transsexual Dora Özer, has been murdered in Aydin Turkey.

[Bing Translate. Anyone offering a better translation would be so appreciated. plz post it in the comments]

On 15 December 2012 in İstanbul, "Ghafoor" Kusadasi 4 April 2012 September 2012 at the "Nergis" Bursa "Add" and others as "Dora" the last murder. Every year at least 3 gay friend rapidly this hate murders, ignored the explosion, cut back so why? You have to take what these people veremediginiz tacirlerini kollarsınız drugs across Turkey lifter, so our people are what is in these people with this type of crime you ignored your "transvestite murders" and "gay" and veremediginiz status? Now it's time to say stop this hate killings gelmedimi rapidly and at least 10 years, our friend, our restless yetmedimi?

Cool n easy going until a State of TURKEY, NETHERLANDS bagıra basamıyormu gays Ceesay's picture? Even though they are Gay transvestite in Asia in our people are, so to speak, "hırlıya thief" where those great Turkish State to open arms? According to the eye every year with the massacre of our people is how "Turkish" ID, you are in the audience? You read through eglenirken Cocktail, private dining, otobanlarda, those people in their homes, in the streets, "STRUGGLE for LIFE". Just a little beyond your honor, if you varsaki your own hasiyetiniz insanınız quit with the "TRANSVESTITE". Don't overlook some things.

Ontario Association of solidarity with LGBT and other Derneklermizin Contributions: DORA, for JUSTICE! STOP THE HATE KILLINGS AS WELL! ALL OUR PEOPLE are SENSITIVE to TRANSPHOBIA PARADE on July 12, FRIDAY: 7: 30, WE are GLAD to SEE YOU AMONG US.
Hate killings to mean stop!
To defend our right to life!
To stimulate the political power!
To defend her life together!

Posted by planetransgender at 9:01 AM No comments: