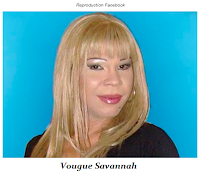 TransMusePlanet reported that transgender woman Vougue Savannah, 30 was shot and died July 28th. It was later learned that the shots were not for Savannah but for a friend, India, purportedly becuse of a money dispute. According to a post on transfofa  Anchieta Bridges, of the 4th Police District, said José da Silva, 37, was arrested and charged with attempted murder and injury followed by death.

On the 31 another Brazilian trans woman was murdered. In this instance her authentic name was not used by the press. 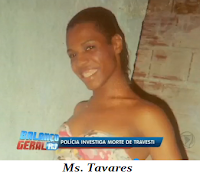 Ms. Tavares, 21, was found dead with six bullet wounds in her butocks on a plot in the Baixada Fluminense near Rio.
Ms. Tavares' murder is being investigated as a hate crime.


The head of the station of Niagara Falls (65th SD), Robson da Costa Ferreira da Silva, heard three witnesses and did not rule out that the crime may have been motivated by revenge or homophobia.
According to relatives of the victim, Ms. Tavares had no enemies and her gender has always been respected by family and friends.
Posted by planetransgender at 11:07 PM No comments: Links to this post

Fa'afafine: An antinomy of gender roles not understood outside of Samoa 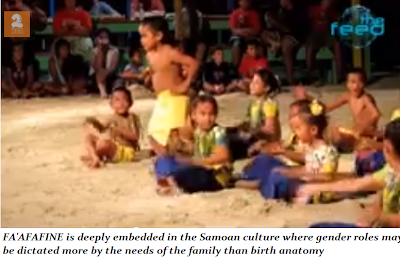 Shared by Trans Health Australia on planetransgender's facebook page a revealing look at what it means to be a Fa'afafine in Samoa.

There are up to 3000 Fa'afafine – men raised as girls – currently living in Samoa. The Feed's Patrick Abboud investigates this complex and often misunderstood cultural phenomenon.

While it is not widely known in Australia, there is a third gender of people who make up an important and accepted part of Samoan culture.

Samoan Fa'afafine – or “Fafa” – are men who are raised as females and identify with that gender.

They mostly have relationships with heterosexual men and are generally not gay.

In Samoa, gender identity is largely based on a person’s role in the family and if one family has numerous sons and no daughters, it's not uncommon to raise one of the boys as a girl.

Phineas Hartson 2 weeks ago
As one of the "Fa'afafine" I was not raised to be Fa'afafine I just WAS and simply left to be ME. My family did try to direct me towards more masculine pursuits but never forced me to be anything other than myself. They definately﻿ never pushed me to be more feminine or female. Defining "Fa'afafine" is neither black or white, which is the whole point. I'm greatfull that Leo, Ymania and I were able to share our stories and that to be truly happy you must standup and be true to yourself.
Published on Jul 16, 2013
Not really a boy, not really a girl, not traditionally 'trans' of any kind. Somewhere between all those identities exists a third gender. We're talking about the Samoan Fa'afafine or 'Fafa'.

Fafa have the body of a man but identify as female. They have relationships with heterosexual men mostly and are generally not gay.

Well not for the Samoan community - it's part and parcel of their culture. Gender identity for Samoans is about the role you play in the family not so much which anatomical bits you have. So when you've got 7 or 8 sons - no girls in the family, it's quite the norm to simply raise one of your boys as a girl.

Posted by planetransgender at 7:36 PM No comments: Links to this post

Gay Couple Forced To The Back of the Bus 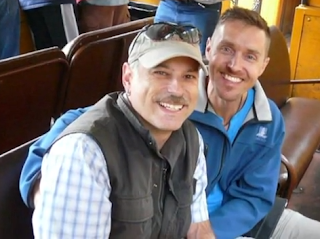 OK I know this is a transgender blog but this is just too offensive not to raise a fuss over. A Portland couple, Ron McCoy and Chris Bowers flew into Albuquerque New Mexico during pride week and boarded the airport shuttle holding hands.

The driver noticed this and told them that if they were going to hold hands they had to ride in the back of the bus. Not wanting trouble they complied.

Gay couple forced to back of bus
Posted by planetransgender at 2:32 PM No comments: Links to this post

VietPride - Hanoi's Live Telecast! According to the website the live broadcast will begin at 5pm Hanoi. click here to see the time differential worldwide, for instance it's minus 12 hours where I live in Dallas. So in Dallas I will need to get up at 5am Sunday to watch.

While its wonderful to see our LGB community making such advancements in Viet Nam it's heartbreaking to know its only gotten worse for transgender people in country.

While the government is seeking the international community to recognize its human rights record it remains “Oppressive.” “Brutal.” “Terrible and worsening.” According to Time  these were some of the fierce editorial lightning bolts to scorch Vietnam’s human-rights reputation last week, hurled in the wake of a surprise 75-minute White House audience for the country’s President Truong Tan Sang. But in Hanoi, capital of the single-party communist state, a silver lining could come from an unlikely source: gay pride. Rainbows will be out in full force for the nation’s second ever Viet Pride festival on Sunday, when a 200-strong bicycle parade will cruise down streets still decorated with hammer-and-sickle billboards, passing landmarks like the resting place of national hero Ho Chi Minh and a statue of Lenin.

Radio ABC Australia paints a even bleak portrait of trans rights pointing out transgender people are being left behind as gay rights surge forward. According to ABC Vietnamese trans people who dare to live authentically are regulated to the most menial low paying jobs and constant harassment. Some left with no options dance at weddings where they are subject to the most demeaning, dehumanizing treatment.

There is a glimmer of hope on the horizon for transgender Vietnamese citizens with the publishing of the first ever in country biography of a trans person:


Posted by planetransgender at 9:22 AM No comments: Links to this post