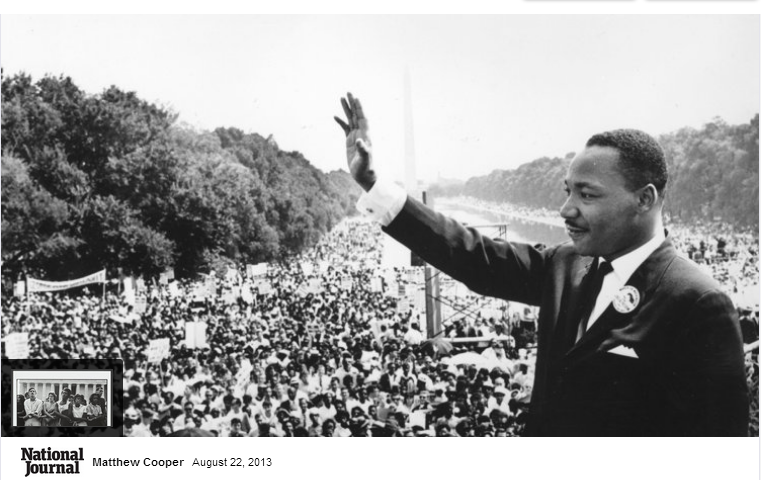 Martin Luther King said during his famous speech that "We can not walk alone" reminding his followers that there were white brothers and sisters among their ranks that day.


A Gay Man Led the Way.
The organizing genius behind the March on Washington was civil-rights veteran Baynard Rustin. What is less-known now, or then, is that he was gay. That might have not been known at all had Rustin not been arrested on what were then called morals charges (he was arrested in 1953 along with two other men in a parked car in Pasadena, Calif.) 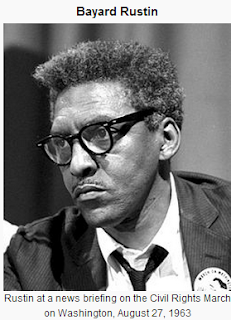 King had kept Rustin at a distance under pressure from other black leaders. The late Rep. Adam Clayton Powell Jr. of Harlem had forced Rustin off of the board of the Southern Christian Leadership Conference and Roy Wilkins, head of the NAACP, didn't want Rustin running the 1963 march.
But Rustin's mentor, A. Philip Randolph, head of the Brotherhood of Sleeping Car Porters, insisted. It was Randolph's idea to have a March on Washington in 1941 to protest segregation—and it was called off only when President Roosevelt desegregated the defense industry. So when the idea surfaced of a March on Washington in 1963, to demand justice on the 100th anniversary of the end of slavery, Randolph's word counted above all others. And it was Rustin who did much of the speaking that August day.
View gallery."

Participants holding hands in front of the Lincoln Memorial during the March on Washington. ©Le …
Sen. Strom Thurmond denounced Rustin as a communist and homosexual in a floor statement, but the press didn't pick it up. Rustin died in 1987 and President Obama will present him, posthumously, with the Medal of Freedom.
I didn't know that the greatest speech ever made was being held hostage for profit. Mother Jones has brought it to my attention that commercial enterprises must pay a hefty fee to publish MLK's I've Got A Dream Speech.

I'm a poor blogger who never had an advert on my blog for just that reason. It allows me the freedom of speech.

I've Got A Dream.

Posted by planetransgender at 9:19 AM No comments: