Not you mothers Prairie Home Companion 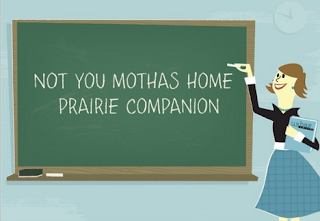 Via Transadvocate
A poe is someone who parodies fundamentalism in such a way that it is ridiculous yet simultaneously difficult to tell if the media is real or a parody. The “radio show” mixes absurd reality with absurd comedy to make a deadly serious point.
Enjoy!

Posted by planetransgender at 8:00 PM No comments: 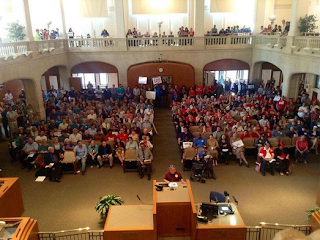 San Antonio's Mayor and Council face a complete loss of support even recall campaigns sans allies with the changes to the proposed amendments to the city's non discrimination Ordinance (NDO).

The new language says:  "Nothing herein shall be construed as directing any policy or practice regarding the use of restrooms, shower rooms, or similar facilities which have been designated for use by persons of the opposite sex."
City attorney Michael Bernard said the language was added to clear up confusion that’s come with the city’s proposal to add gender identity and sexual orientation to the list of protected classes under its nondiscrimination ordinance.
The language change did nothing to placate the bus loads of church partitioners, whipped into a indignant righteous fury by their pastors who spoke out against having trans people in restrooms despite it being made clear that provision had been removed.


"This past Tuesday, Councilman Diego Bernal, who authored the ordinance revisions without the "bathroom" exemptions, added such exemptions to the ordinance without notice it consultation with any LGBT leaders within the CAUSA coalition. Since that time, we have been pushing for the language to be removed. We are hopeful that Mayor Castro will not fail our community, and that a new revision will be released on Tuesday."

"If council attempts to include this exemption in the final revision, GetEQUAL TX will pull it's support for the entirety of the ordinance and continue to work on an ordinance that is fully inclusive and leaves no part of our community behind. We have an escalation strategy in place should such exemptions not be removed."


At the meeting District 9 Councilwoman Elisa Chan expressed her own lack of knowledge in the area as she promised to do in this secretly recorded meeting with staff members . She became concerned about an example that a transgender woman could use the restroom with her 13 year old daughter under the ordinance.

City Attorney Michael Bernard said "beyond the legal answer, (meaning we would remain in violation of the law) there is a practical one."

"People are going to go to the restroom the same place and the same way two weeks from now they did two weeks ago," he said. "Nobody checks the plumbing, nobody does a chromosome count. Things will get back to normal."


City attorney Michael Bernard said the language was added to clear up confusion that’s come with the city’s proposal to add gender identity and sexual orientation to the list of protected classes under its nondiscrimination ordinance.
Bernard said no matter what the city decides, nothing will change.
As abhorrent as that philosophy is there is a grain of truth to it. I fully supported the Fort Worth NDO as a transgender resident but at the time I did not understand the provision that stopped our protected class at the bathroom door.

In the years that have followed I have not had the police called on me for using the ladies room but I am, a) passable and 2) legally a woman.

But that could change at anytime. My home state of Ohio does not amend or reissue birth certificates so if the legality of my being in the ladies room was challanged in court I could go to jail.

Bernard would be correct. With his amendment nothing changes. I live in constant awareness and fear my life that I have worked so hard at, may end at any moment. For using the bathroom. OMG.


Sources have told me off the record that Causa coalition partners will pull there support of the ordinance if the exclusionary language is retained. This has of course angered Mayor Castro disrupting his plans to keep transgender people out of the full equality equation.
The opposition to the NDO has used the Fort Worth Non Discrimination policy  as an example apparently successfully to pressure council member  Deigo M Bernal to edit  full equality out (in green):

I talked to Lauryn Farris, Alamo Area Board of Directors Transgender Education Network of Texas (TENT) and a member of the San Antonio Gender Association (Saga) who said 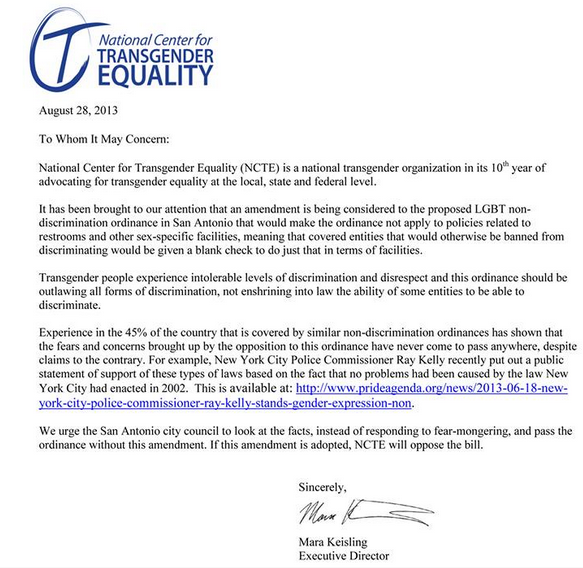 Posted by planetransgender at 4:15 PM No comments: