The hunt for Kuwaiti Transgender people moves to the border 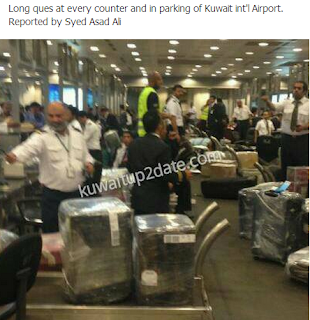 In 2007 a law was passed in Kuwait promoting the eradication of indigenous transgender people. Societal ambivalence was replaced with terror enhanced by local media as police began hunting down transgender people for fun, like they would hunt animals, for the sport of it.

Now the Kuwait Ministry of Health has proposed tightening genetic tests for immigrant workers in order to prevent transgender migrants from entering the GCC job market.

One unverified report is that 121,000 people have left Kuwait in the past two days leaving some wondering on the Kuwait Upto date facebook page if the proposed crack down on transsexuals and LGB people have had anything to do with this mass exodus.

Tawfiq Khojah, director-general of the Executive Office at the GCC Health Council, said, "The health checklist for migrant workers now contains a mandatory examination to determine gender."
These constrictions are necessary to preserve Islamic principles, he added. The proposal will be made in a meeting for the Central Committee for foreign workers' at the Health Council to be held on Nov. 11, Khojah told Arab News.

"Undergoing the test will become mandatory for an estimated 289 health centers across the GCC if the Health Council approves the proposal of tighter controls on gender tests for migrant workers. More than 2 million expatriate workers underwent the new gender tests in 2012," he said.

Youssef Mendkar, director of the Public Health Department at the Kuwait Ministry of Health, confirmed that the proposal aims to prevent transgender migrants from working in GCC countries. The tests determine the gender at birth. 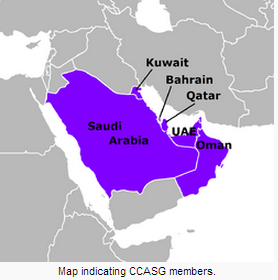 Gender is also determined through the worker's medical history. According to local media, sex conversion operations are considered normal in some countries which supply manpower to GCC countries.
He said that statistics from the Ministry of Social Affairs and Interior show that some foreign workers had a different gender recorded on their identity documents.

Under the new proposal, put forward on 7 October by Dr Yousuf Mendkar, the Director of Public Health at the Kuwaiti Ministry of Health, anyone deemed “homosexual”, transgender and/or cross-dresser after a “medical test” will automatically be prevented from entering the country.
The proposal will be debated at a meeting of the Central Committee for Expatriate Labor Forces Program of the Gulf Cooperation Council (GCC) in Oman on 11 November.
Migrant workers from certain countries, mostly in South and South East Asia, are required to undergo medical assessments when they apply for permits to work in Kuwait and other GCC countries. The proposal, if passed, would add the new “medical test” to these assessments.
“Authorities in Kuwait and other GCC states must reject any proposals to introduce these discriminatory ‘medical tests’ to ‘assess’ the sexual orientation or gender identity of people entering the country,” said Philip Luther.
“It is an affront to the fundamental human right to privacy and underscores the continuing persecution of individuals based on their sexual orientation or gender identity.”

Posted by planetransgender at 7:58 PM No comments: Links to this post